Three Striders teams took to the fells for the 26th British Fell and Hill Relay Championships on 19 October 2014. The event was hosted by Dallam Running Club and the Howgill Harriers and took place on the Middleton Fells, east Cumbria.

A massive thank you to Andy Buck who co-ordinated the Steel City Cutlers, Vulcans and Furnaces with great success. Despite the lack of Matt’s lagoon the team spirits were high and everyone had fun. 187 teams completed the event. The full results are on the SportIdent website. Look out for the full race report in the next newsletter. 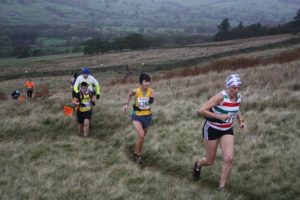 Carol Beattie on leg 4 at the British Fell and Hill Relay Championships. 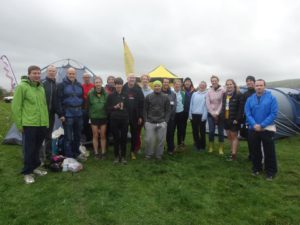 The Steel City Cutlers, Vulcans and Furnaces before the first leg of the British Fell and Hill Relay Championships.