While some of the club was enjoying Burbage Skyline two members of the club instead opted to enter the festival of miles event at Woodburn Road. The event was put on by the Smiley Paces in conjunction with Accelerate in honour of Rodger Bannisters sub 4:00 minute mile.

There was a series of races depending on races times, with the winner Tom Bains clocking an impressive 04:26.3.

Stephen Atkinson and Richard Hayes were both in race two.  But before races got under way there was a special draw for the number 41 that Stephen won. 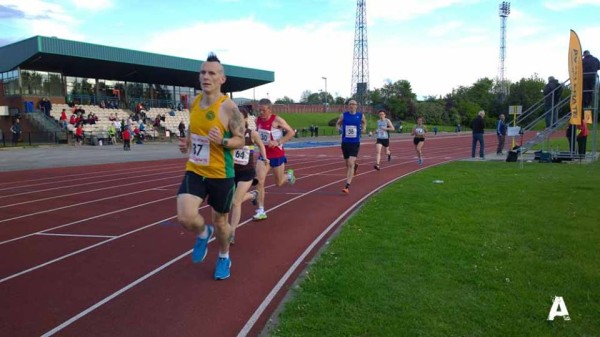 Richard & Stephen in action on the track

Photo thanks to Accelerate, more photos on their Facebook page