Thursday night was the scene of the Grindleford fell race. This was a counter in this years Club Fell Championship and it was a great turn out by club members. The club was led home by Andrew Davies and the race was won by Robert Little of Dark Peak in a time of 32:10. The first female was Zanthe Wray who won in 37:36.

The results can be viewed on the Grindleford Fell Race website. 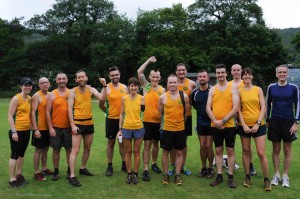 A good turnout of Steel City Striders at the Grindleford fell race. 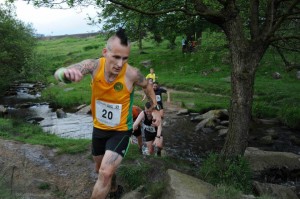 Richard Hayes after enjoying the first of Grindleford’s stream crossings.