Sunday saw the 16th running of the Rotherham Canal Race, with a record turnout of 116 runners taking part in the 5 mile out and back run along the Canal Towpath from the New York Stadium turning at Halfpenny Bridge.

3 Striders, Dawn Jackson, Stuart Jones and Ben Jones made the trip, the Jones’ returning to the New York Stadium a day after witnessing the Boro’s 3-0 trouncing of Steve Evans’ Miller Men.

A well organised, friendly race on a flat and fast route, but the absence of promised post race chip butties was noticeable! 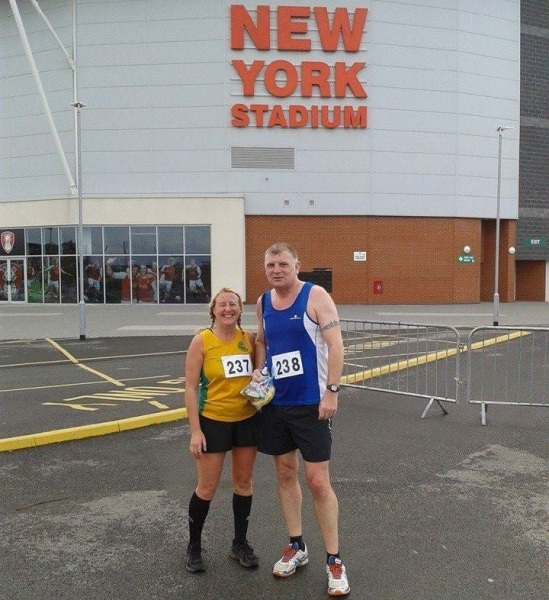