While most of us were congratulating each other on a job well done in the Sheffield half marathon, Peter MacQueen was probably about halfway round the course of the Brighton marathon.

Peter was understandably anxious about his first ever marathon but he can be extremely proud of his sub 4 hour chip time. His result was as follows:

A massive well done to Peter for completing his first marathon.

It was a double Kenyan celebration, as Duncan Maiyo, 24, smashed his personal best to win in 2:10:15 while on the women’s side it was a fine debut over the distance for Pannina Wanjiru who broke the tape in 2:34:24. 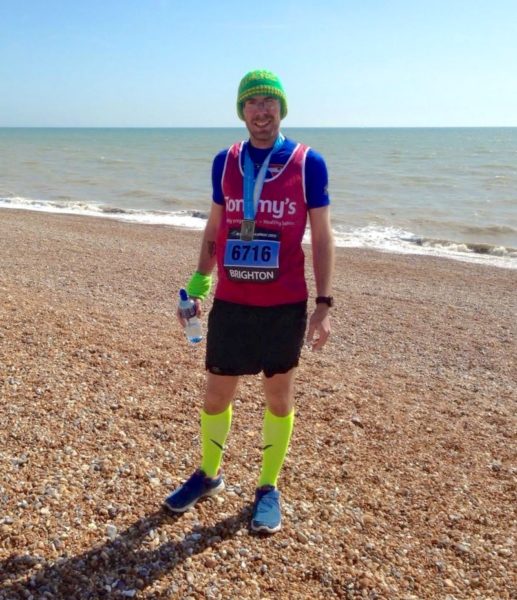 Peter Macqueen after the Brighton Marathon