The Bristol 10k was the third race in the Run Britain Grand Prix series. It was well supported with plenty of spectators and has some spectacular scenery, particularly in the Avon Gorge, but remains a ludicrous distance to travel for what was under 40 minutes of racing.

First male home was Jonah Chesum of Run Fast (Kenya) in a time of 29:18. He was one of a pair of Kenyan runners already an uncatchable distance in front of the rest of the elite field at the half way point of the race, not far from the Clifton Suspension Bridge. The route went along the Avon Gorge and back again, so a good view of the front runners was afforded. First lady home was Louise Damen of Winchester in a blisteringly quick time of 33:39.

9398 runners finished the race. There was plenty of support, especially for the local runners. One of the local clubs sounded a little like Sheffield, so I could at least pretend I was getting some shouts. There were 2 runners (That I’m aware of) from Sheffield – Sam Mellor of Totley and me. He had a better day than I did, finishing in 37:26. I went off a little too quickly (no surprise there) and paid for it for the rest of the race, which in my defence wasn’t quite as flat as the London or Askern 10k’s had been. My position will at least have gained me some Grand Prix points, since I finished within the top 250. 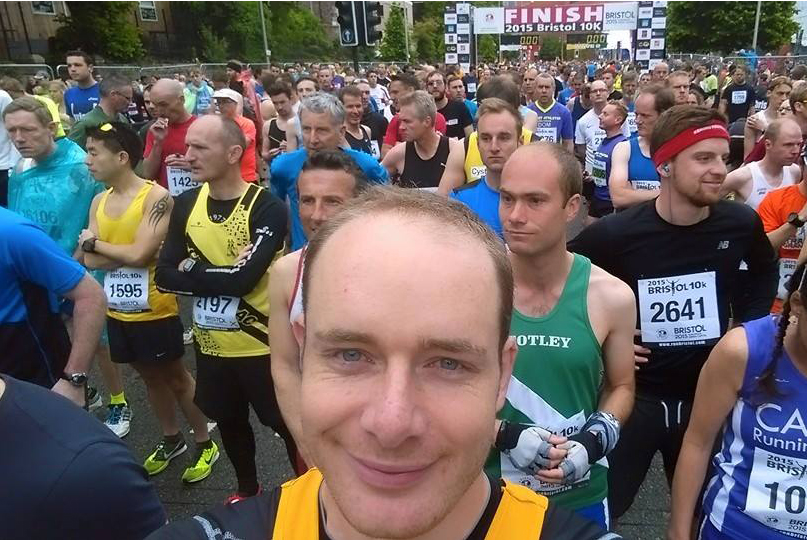