Richard Pegg continues to find races to indulge in wherever he may be. Last weekend he was in Belgium so he thought he’d just drop into the Brussels half marathon and join 7873 other runners. From the photos, it looks like he had a great time. Well done Richard. 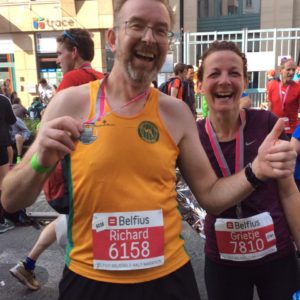