The Bupa London 10,000 was the second race in the Run Britain Grand Prix series, and as such attracted some of the top elite runners in the UK. It was a great morning for running, with ideal conditions. Looking back along The Mall just before the 10am start was a spectacular sight, with a sea of runners stretching way down between the avenue of trees towards Buckingham Palace in the distance.

First gent home was a certain Andy Vernon of Aldershot, Farnham & District in a time of 28:38. First lady home was the athlete who got the biggest cheer and applause at the start line, Jo Pavey (of Exeter). She ran it in a time of 32:56. Not bad considering she spent the night before being poorly!

There were a reported 12,000 runners who took to the start line. There was one Strider…me! I didn’t quite better my Askern PB time but would like to mention that the course was a few hundred metres longer than the advertised 10k! I was too busy trying to run as fast as I could to really appreciate my surroundings, but having the chance to run on central London roads was quite special… as was starting on The Mall and finishing just outside Buckingham Palace. 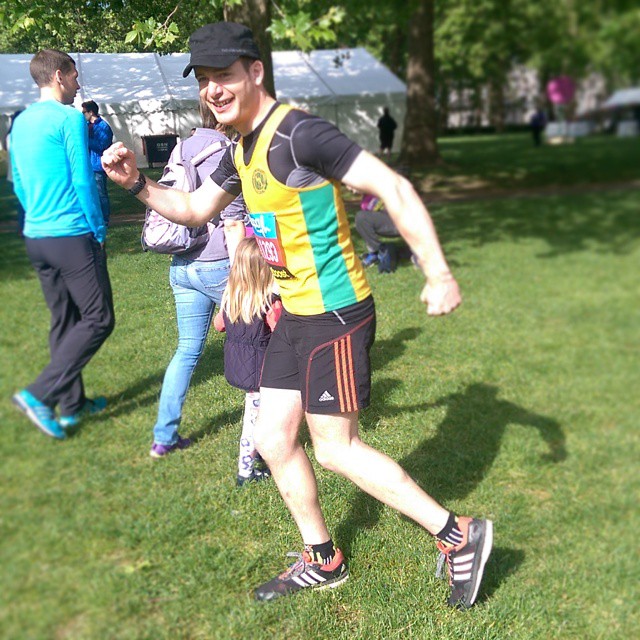 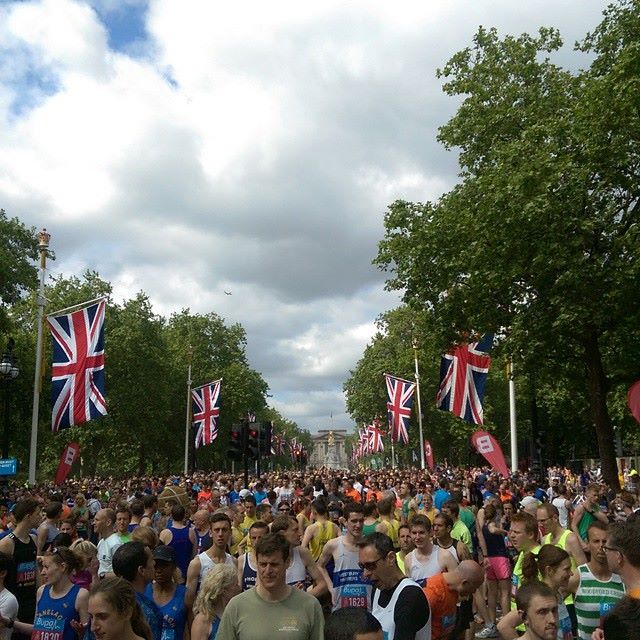