The majority of you with kids and family will know this dilemma, it’s half term and you’re going on holiday, you’ll take the running shoes won’t you?  Of course and you’ll be hopeful you’ll get chance to get out there, somewhere new, new scenery.  Well that was my plan, but i’d also done a little research ahead of our trip to Anglesey.  A few weeks before our trip i’d spied a fell race in Llandudno, just under an hour from where we were staying.  As there was a little fair and some slot machines near the Pier at Llandudno i’d agreed with the family that if the weather was okay that day we’d head over for entertainment in the afternoon, spot of tea, then i’d run the race before heading back to base.  So I packed both trail and fell shoes, plus Striders vest, just in case.

But before this, on the Sunday, we’d only just arrived in North Wales and were coming back from the beach when the wife spotted someone running in the opposite direction in a ‘Sheffield Half Marathon’ t-shirt.  Honestly, we were 50 yards from our cottage in basically the middle of nowhere on the edge of Anglesey and fellow Striders Ben Jones and Kathryn Briggs were running the other way.  You couldn’t make it up, they had some family just down the road from where we were staying.

My wife is convinced that I am turning into me’dad.  He’d take us here, there and everywhere in the country on holiday when I was a kid and he’d always, without fail, bump into someone he knew, no matter where we were.

That evening, I took Kathtyn’s advice and went for a run along the Anglesey Coastal Path and what a recommendation it was, talk about local knowledge.  The evening sun was on its way down and the coastal path was amazing, running close to the cliff edges with no barriers.  What a beautiful place to run.  The coastal path runs all the way around Anglesey, 125 miles in total.  Its well signposted and details about every section can be found on the Anglesey Coastal Path website.  Thankfully I managed to get out a couple of times on the path, it was great. 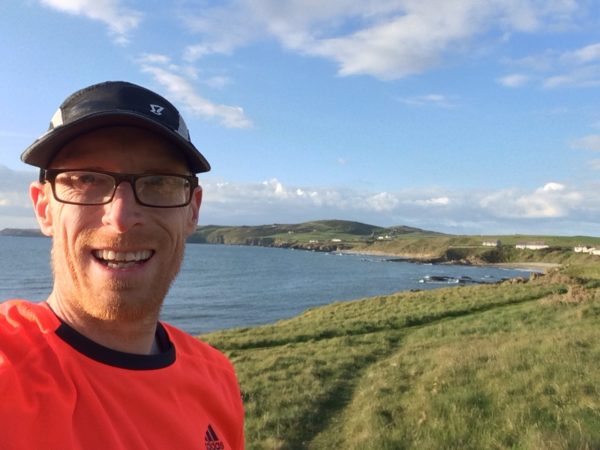 Enjoying an evening run on the Anglesey Coastal Path

There is a coastal path ‘ultra’ race, all 125 miles called the Ring O Fire and is spread over 3 days at the beginning of September.  If it’s all as nice as the small bits I ran on, it sounds like an awesome place to run for 3 days.

Back to the fell race and on the Tuesday morning the weather gods were on my side, it turned out to be a nice one.  We spent the morning on the beach messing about with the kids then headed to Llandudno after lunch.

The slotties, the fair and the Pier were a little disappointing, but in a good way as it meant it didn’t cost me that much (tight Yorkshireman).  The race itself was on the imposing figure of ‘The Great Orme’, a huge headland that is over 200m (650ft) high and 4 mile in circumference overlooking Llandudno.  We can personally vouch for the circumference because of a Sat Nav error, we drove the whole way around the damn thing looking for the entrance to the Ski centre where the race was starting from. 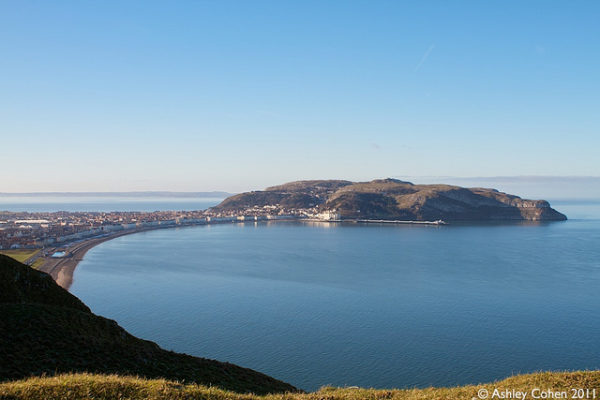 Llandudno with the Great Orme in the distance

Thankfully, arrived in time and because of the nice weather there were no worries about kit checks and I was told the 4 mile race well both well marshalled and signposted.   I’d pre checked the elevation on Strava and it looked a bit hilly, just a bit up and down I thought.  Although once again, never ever trust what a Strava map looks like, it’s never how the actual race pans out.

The race started way back down the hill, almost at sea level, down overlooking the Pier.  Right from the off we proceeded up, up and up for a mile until we reached the top of the Orme and a touched of the trig point at 636ft.  Summit to peak in just over 12 minutes. 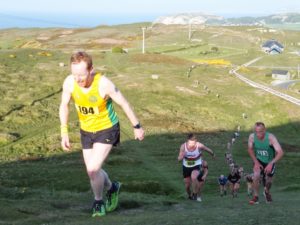 What goes up, must come down and we hurtled downwards back towards sea level with some sections 1:3 declines.  So we were back at the bottom of the Orme, but at the other side now and guess what? Up we go again.  Another mile later and we were back touching the trig point, but this time to route to the top was even more severe and brutal than the first time.  One section was almost a 1:2 climb where I was on all fours just trying to scramble up there.

Heart rate through the roof, could barely breathe and calves burning.  A relaxing holiday I thought? LOL. 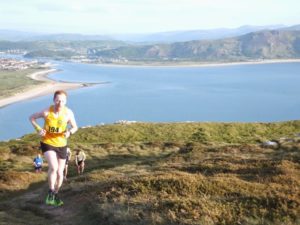 Despite the pain and fatigue, the views over the other side of the Orme looking out over the bay were absolutely amazing, especially to a landlubber.  But oh for a North Wales version of Mossie Net Photography I thought to myself.

The final section, less than a mile, was more to my liking being a little flatter.  I managed to overtake a few people back, the same pesky blighters that took me on the uphill sections.  The race was 4.1 miles in total with 1,154ft of elevation. It felt like you were either going up or going down with not a lot in between apart from that end section. 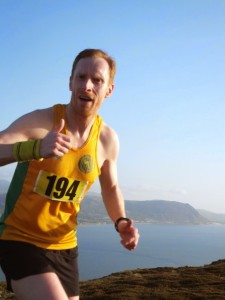 As I reached the finish line a cry of ‘good running Sheffield’ filled the air.  I really had to giggle as a Dark Peak runner, who had already finished was calling me home.  Turns out he was also on holiday with the family and had pre-planned the race too.  Great minds eh?  He told me he was also planning to head over to Llanberis later in the week for a nice 15 miler around Snowden.  Good lad.

The winner of the race was Jim Bacon of Eryi Harriers in 32:31 with the first lady home Bronwen Jenks in 38:36.

I’m no Fell expert at all and those uphill sections just don’t suit me.  But in the end, I don’t think I disgraced myself finishing 25th out of 86 runners in 39:17.

The race appeared to be organised by Eryi Harriers, a local club in bright red and green vests.  It was part of the ‘Joe Brown Midweek Series’ of 12 races throughout March to June around North Wales with a race every week and only £1.50 per race to enter.  I doubt my single score from one race will be troubling the aggregate scoring though.

So my big tip for going on holiday, do a little research, you don’t know what little gems you might find, be that some great local routes, races or Parkruns.

Remember, we love to hear about any of these type of reports on the website, just get in touch via the Contact Form.