There really is nothing like Cup Final weekend. There’s an electricity in the air, the town is abuzz and I guarantee that everyone is talking about it.

Of course I am talking about the inaugural Parkrun Cup final, not all that messing around with a round chunk of leather. Nay, spending 90 minutes looking at the same bit of grass is a waste of your time unless you are kicking up mud and knocking elbows in prime cross country season.

I digress. The Parkrun Cup has captivated and frustrated participants in equal measure, so I took a little time to catch up with the architect of the competition, Andy Davies. 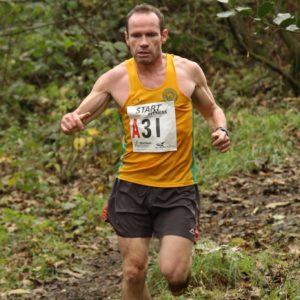 It’s not a race but as soon as you hear ‘3-2-1’ most of us treat it so. One of its many appealing features is that ability to instantly compare your own times and stretch yourself to achieve your PB.

Some people don’t consider such a short race worth the trouble, I’m particularly thinking of Adrian Moss’ miles travelled vs miles raced rule. But it is where I started, personally. So – I don’t know if you agree, but Parkrun seems to have coincided with, and at least partly caused a running boom in the UK. Is it necessarily a good thing, or should we be concerned that the standards at the elite and sub-elite level of the field have dropped?

It’s difficult to think of anything negative about the concept of the Parkrun. The inclusiveness is its major attraction. Elite and sub-elite runners have always had opportunities to test themselves, either through racing or timed training sessions. The Parkrun enables everyone, regardless of ability, to do this.

So what was the inspiration for starting the competition?

The inspiration for the idea came from my 2nd Member club, Royton Road Runners, who have successfully held a competition for the last 2 years.

One of the things that I have particularly enjoyed about the competition is how it has drawn in the newer club members, particularly those that came from the Beginner groups. It’s not just the usual same old faces.

I agree, the beginners and newer club members have featured prominently. It’s a testament to the club that all newcomers are encouraged to participate in everything we do.

Any particular favourite matches in the competition? Colin Hardy and Tim Ryan’s first round dead heat was particularly thrilling.

Unfortunately, I’ve not witnessed many of the races. I love the commitment shown by Striders to etch every second out. Watching Andy Green finish races is inspiring. It’s really hurting him, it really hurts even watching him, but that’s what you want to see, Striders giving it their all.

You probably won’t say, but who do you fancy to lift the cup?

My predictions for the cup have been pretty good, so far. I thought Colin Hardy, Michael Greer, Kathryn Epworth and Laura Fletcher would all be possible winners. They’ve all done well in the competition.

I think Michael Greer will win it. If he’s fit, he’s got another 50 seconds to knock off his time. But I’ve been wrong before. Anyone getting to the final has obviously been improving and deserves to be there. Matt Gibson, I had no idea about, but he keeps getting faster with every race. Alasdair has been a surprise because he’s more of a fell runner. Kathryn was always considered a possibility as she’s obviously improving but also very tactical.

Will the cup be back next year? One great thing about it is that there aren’t a lot of races this early in the season, so it slots in quite nicely. Do you have anything up your sleeve after this?

The Parkrun competition will definitely be back. We will probably start in October to give ourselves 3 weeks to complete each round.

We also have a ‘Champions League’ style race off against the winner of Royton Road Runners’ Cup sometime in September.

Earlier in the competition a mysterious pundit going by the name of ‘Lawro’ gave amusing predictions and delivered withering putdowns to the likes of Messrs Stuart and Howson. He actually seemed closer to Alistair McGowan’s terminally depressed Mark Lawrenson than the chap we see on MOTD. What happened to him?

Unfortunately Lawro is semi-retired but will be back for the final.

Good to hear. Well, that’s about it I think. Thanks very much for your time, and I hope you enjoy the final on Saturday. 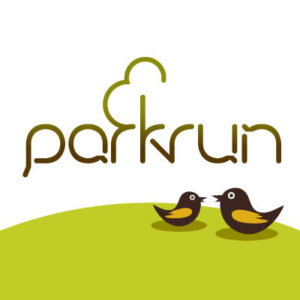 We now know the four finalists, who will all be facing off against each other in a winner-takes-all final on Saturday 21st March. Hopefully there will be a big Strider turnout to see this competition reach its conclusion.

The finalists (with their respective PBs):

Michael Greer (18:49) – An athlete who is peaking just at the right time. As some of the quicker runners have proved, it can be hard leading from the front, and he only has a narrow cushion of 15 seconds. But with a 10k PB of under 37 minutes at last year’s Percy Pud, you would assume that on a good day Michael can go quicker.

Alasdair Menmuir (19:04) – As Andy said, he’s more at home on the fells, so will the relatively flat course at Hillsborough help or hurt him? He put down a 19:04 at Concord in the earlier stages of the competition so he clearly has an extra gear when it matters. However, he knocked my missus out in the second round, so don’t expect any extra support from me – ha!

Matt Gibson (22:15) – Matt hasn’t let his marathon preparations faze him one bit, and routinely completed his long runs the day after smashing another PB in the Parkrun. Not talked up as much as Michael and Kathryn, but Matt is clearly very strong at the moment and could well take the prize. Matt is running in the East Hull 20 on the following day, so will he keep anything back?

Kathryn Epworth (27:35) – One of the true stars this year, every run has been a belter. Was correctly identified by some as a threat early on due to the significant improvements she’s made since finishing the Beginner’s Group last year. Kathryn’s Cup reports have also been a cracking read. Has she finally plateaued, or are there more PBs in store?