It’s Saturday 21st March and its and very special day – it’s the grand final of the Striders parkrun Tournament 2015 and accompanying Striders flashmob . Hillsborough parkrun had been chosen to play host to this esteemed event and by some miracle I’d made it to the final, along with three faster, more experienced runners – Michael Greer, Alasdair Menmuir and Matt Gibson. Although all four finalists had the potential to PB and secure the hallowed title of parkrun champ 2015, Michael was Lawro’s favourite going into the final. It was going to be a tough competition.

Hillsborough-bound, I picked up Ashleigh, Laura, Martyn and Nick in my Strider-mobile. On the way there we discussed tactics (mine: to run fast) and decided that upon arrival we would favour a warm-up over exchanging pleasantries with other runners – fail to prepare, prepare to fail and all that. As luck would have it, Colin arrived at exactly the same time as us and literally dragged us out of the park and down the road. I hoped that we were taking a detour to the nearby McDonald’s but no, it was the start of the great Hardy Warm-Up. Twenty minutes of high knees, side stepping and sprinting later, we were ready for the off.

Lining up at the start with 193 other runners, it was clear that a huge Striders flashmob was in full force, with around 25% of the runners wearing a Striders vest. I elbowed my way to the front like an OAP at a jumble sale and lined up with the other three finalists. Every second counts, especially when you’re at the slower end of the range like me. The field set off and approximately 120 runners immediately overtook me. Ah well, it was good at the front while it lasted.

Hillsborough is a three-lap course that circles the outer edges of the park. This parkrun has a lot of plus points – it’s compact, relatively picturesque and not too hilly, with just one main uphill section that’s rapidly followed by a nice downhill back to the start point. As usual I set off way too fast but rather than slow down too much, I tried to keep my pace relatively high. During the first lap my Garmin told me I was going at just over 8:00m/m but I felt ok, if a bit uncomfortable, so I aimed to keep to that pace as long as possible. Matt, Michael and Alasdair were already way out of view, so I knew I had to push myself to the limit if I was to secure a decent PB. During the first and second laps, lots of Striders shouted encouragement as they passed me (thank you!) which provided some much-appreciated motivation.

Considering I was ill I felt good and was running well, and by the middle of my third lap I knew it would be my fastest parkrun yet. On the final uphill section I started to tire and was desperate to blow my nose (sorry!) but knew that the other finalists would have already finished, so I needed to keep my pace up. I’d kept a close eye on my Garmin and knew I hadn’t gone above a 9:00min/mile during the whole run, which is unheard of for me and gave me a huge boost. Before setting off, my initial intention was to aim for a finish time of 27:00 but as I ran down the final hill, I knew I was set to come in well under that time. Happily I crossed into the finish funnel with a Garmin time of 26:35, which was a both a parkrun PB and a 5k PB for me. I didn’t know whether it would be enough to secure the parkrun tournament title but either way, I was thrilled with my time.

There were Strider PBs galore at Hillsborough, including all of the finalists. Michael’s parkrun position was 3rd place at a time of 18:37 and Matt followed just a few minutes later in 37th 22:00. The first Strider home, and in second place overall, was Andy Davies with a PB time of 18:13. Sian Evans was the first female Strider and first woman home in a very impressive 16th place overall, plus she also achieved a PB of 19:42. Not bad for a morning’s work!

Post-parkrun analysis of our various Garmin times showed that all the finalists had achieved their sought-after PB’s. Andy worked out the provisional results and calculated that as my Hillsborough time was a whole minute off my previous parkrun PB of 27:35, I would most likely be the winner. However, I wasn’t counting my chickens – I wanted to hold off from celebrating until the official results had come through and Andy had got his calculator out. Unfortunately once the official results arrived, my time was down as 27:25 – nearly a minute slower than my Garmin time. I’m not ashamed to say that I almost broke down and cried in the middle of Sainsbury’s. Almost. After some amateur analysis undertaken on the Striders Facebook page, it came to light that a few other Striders’ times were also slightly out and it seemed there had been a mix up in the timings and placements in the bottom half of the field – today of all days! Going by the official parkrun times Michael Greer was the victor. However he very generously agreed to accept my Garmin time rather than my official time, which meant that I had won the inaugural Striders Parkrun Tournament 2015!

The parkrun Tournament has proven to be such a fantastic, inclusive tournament run by a fantastic, inclusive, supportive club that I’m proud to be a member of. After its clear success, there’s already been an announcement that the tournament will return later this year, which can only be a good thing. For me personally, I started off this tournament with the club’s slowest parkrun time of 32:24 and over the last three months of competing in the parkrun cup, I’ve reduced my parkrun PB by almost six minutes. And just to think – less than a year ago I wasn’t even a runner!

That’s the power of being a Steel City Strider. 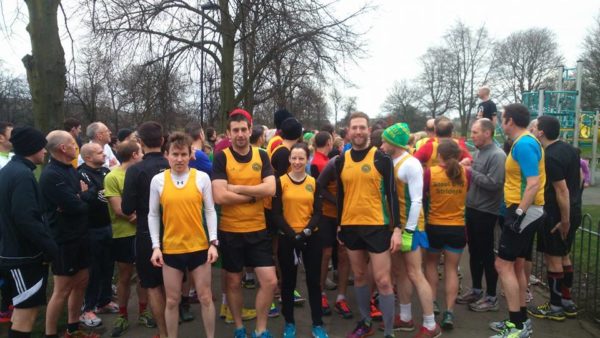 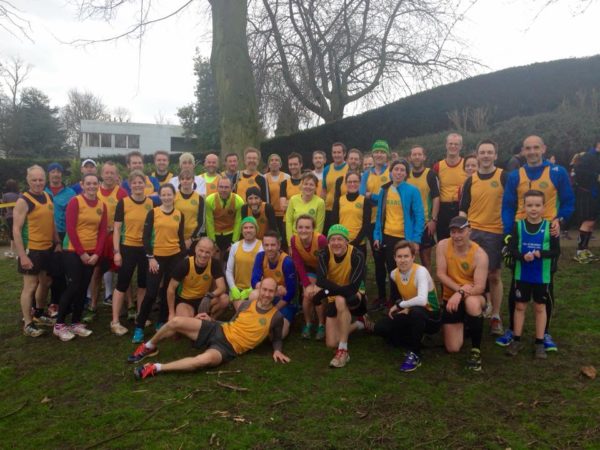