Richard Pegg tells me that these 10k races are held on the first Saturday of the month and being longer, are a nice alternative to a parkrun. It is a potential PB course.  Richard also told me that he enjoyed the run and the weekend to the Big Smoke – except for the football result – oh dear!

Anyway, 533 runners took park in the race which was won by Tim Heal of J-Shay in 34.30. The first woman home was Gill Bland (unattached) in 41.00. Well done to Richard for his lone Strider efforts. 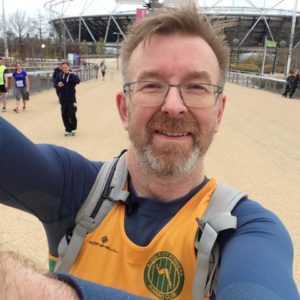