After the lack of water debacle at the 2014 event there was quite a lot of pressure on the new organisers to put on a good show and in the main I think they pulled it off.  Great crowds, great route and almost perfect organisation.  But they let themselves down badly with the baggage on buses farce which left runners waiting as long as 50 minutes to get their bags after the race.  Getting cold, shivering and feeling downright miserable left a sour taste in the mouth.  A real shame, but hopefully they’ll learn from this ahead of next year.

6014 people finished the race and at the last count a whopping 138 Striders completed the course.

We’ve tried to piece the Striders only list together as best we can but have not been helped by the official results not retaining or displaying very much club information.

So if you ran the race and you’re not on the list please get in touch with Mick via the contact form.

A special mention must go to Dave Parry who ran his 31st consecutive Sheffield Half or Full Marathon having run his first back in 1985. We doff our caps to you sir.  Roger Stevenson would also like to add that he ran 27 in a row, so new Striders…….. keep on running, you’ve got a long way to go. 🙂

The race was won by Dave Archer of Hallamshire Harriers in 1:13:20 with the Sharon Barlow of Ripon Runners the first lady home in 1:22:57.

Full and official result available from the Chip Timing website 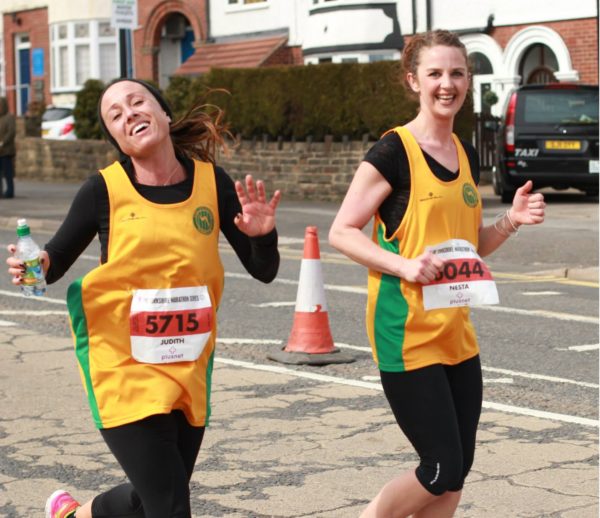 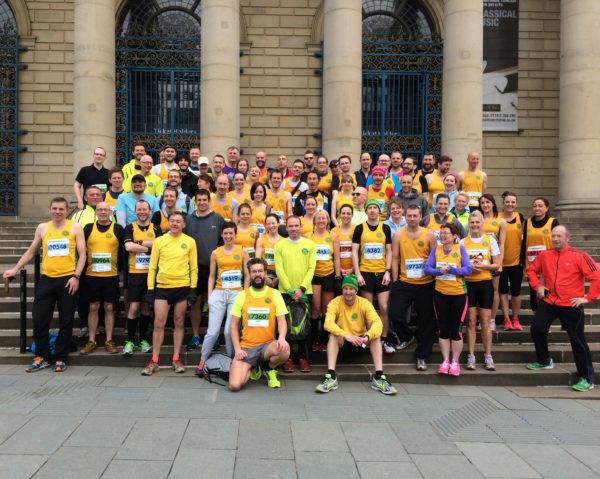 This City (hall) is ours ahead of the Half Marathon