James posted this report from the Lyke Wake Race…

The Lyke Wake Race is a running of the classic 40 mile walking route from Osmotherley across the North Yorkshire Moors to the Raven Hall Hotel at Ravenscar, high on the cliffs above Robin Hoods Bay on the East Coast.

2014 was the 50th anniversary and the final running of this event organised by the Lyke Wake Company Ltd, who realised that their younger volunteers were knocking 70 years’ old. Luckily the race has been saved from extinction by the Darlington-based Quakers Running Club, who did an amazing job this year.

There was friendly and flexible organisation, great communication via Facebook event page, cheery marshals manning seven checkpoints (stocked with jelly babies, nuts, tinned peaches and rice pudding) and a handshake from the Race Director on the finish line. Competitors started at intervals from 04:00 to 10:00 handicapped by expected finishing time and ran in sociable groups, enjoying the spectacular views across the moors and the baking sunshine.

I would thoroughly recommend this event, we need at least five Striders in the 2016 Lyke Wake Race. 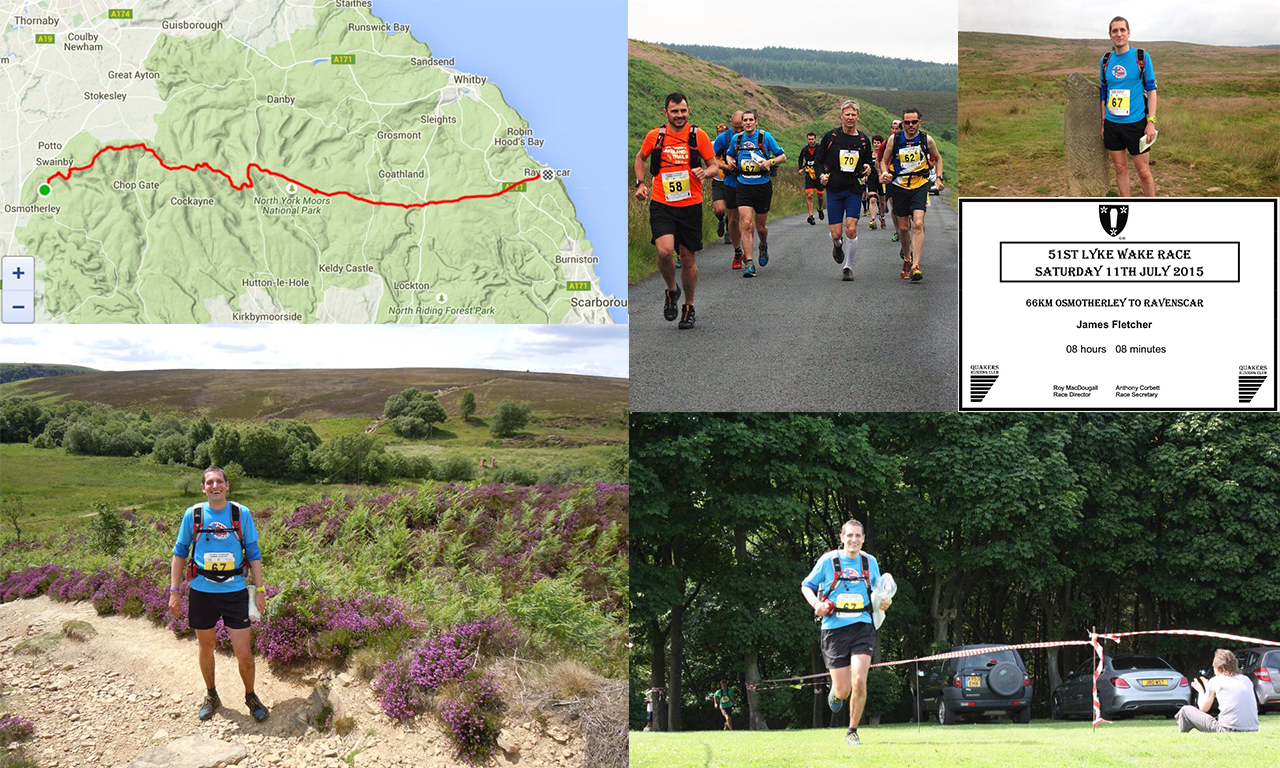