There was a stunning turnout of Striders to the Worksop Halloween half marathon on a beautiful autumnal day. Current results show 53 Striders made the journey across to Worksop, some for a good race, some PB hunting and some desperate for Striders Road Race Championship points. Most surprising attendee was Paul Stuart.  Hats off indeed for his stunning run following his completion of the Snowdonia marathon no more than 24 hours previously.

PB’s were indeed coming thick and fast as Striders pushed themselves to the limits. Well done to all those who achieved a new PB. Special mention to Roger Watson who refused to enter into the idea he would get 1.45 and yet he did. Other PBers were: Nicola Ross, Colin Hardy, Laura Fletcher, Suzie Bridges, Lee Kenton, Alex Regan, Stu Carrick, David Perkins, Hannah Dexter, Joe Buckman, Emma Beer, Simon Hope, Sarah Storey, Steve Irvine, Sam Needham, Wayne Forster, Emily Chaplais and myself. Huge well done to all Striders who took part. I think we all had a great time. 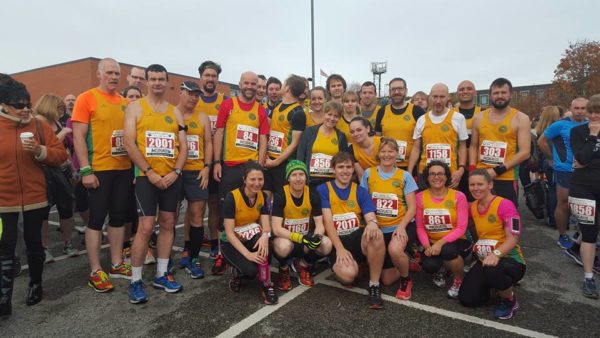