The Barrel Inn fell race starts in Eyam and winds up to the Barrel Inn and back via a convoluted and picturesque route, with just over 1000 feet of climbing in 6.4 miles. Conditions were warm to say the least. It is a Striders Fell Championship race, so there was a decent club turnout.

164 runners took part in the race, of which 21 were Striders. Well done everyone, but especially to Andy Davies for being first Strider, and to Lucy Broom (pictured!) for being first W40 lady. 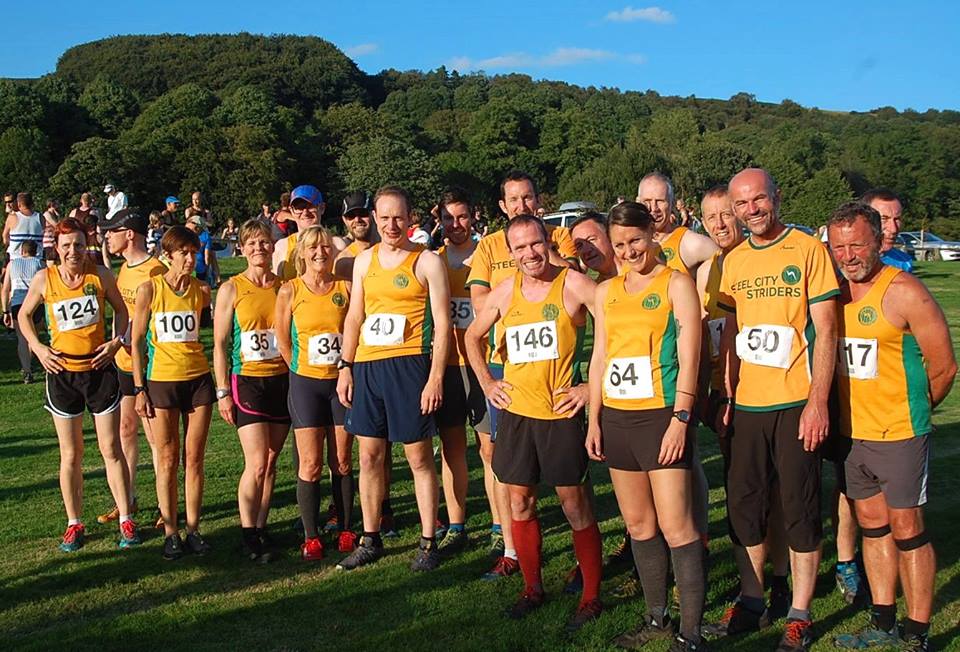 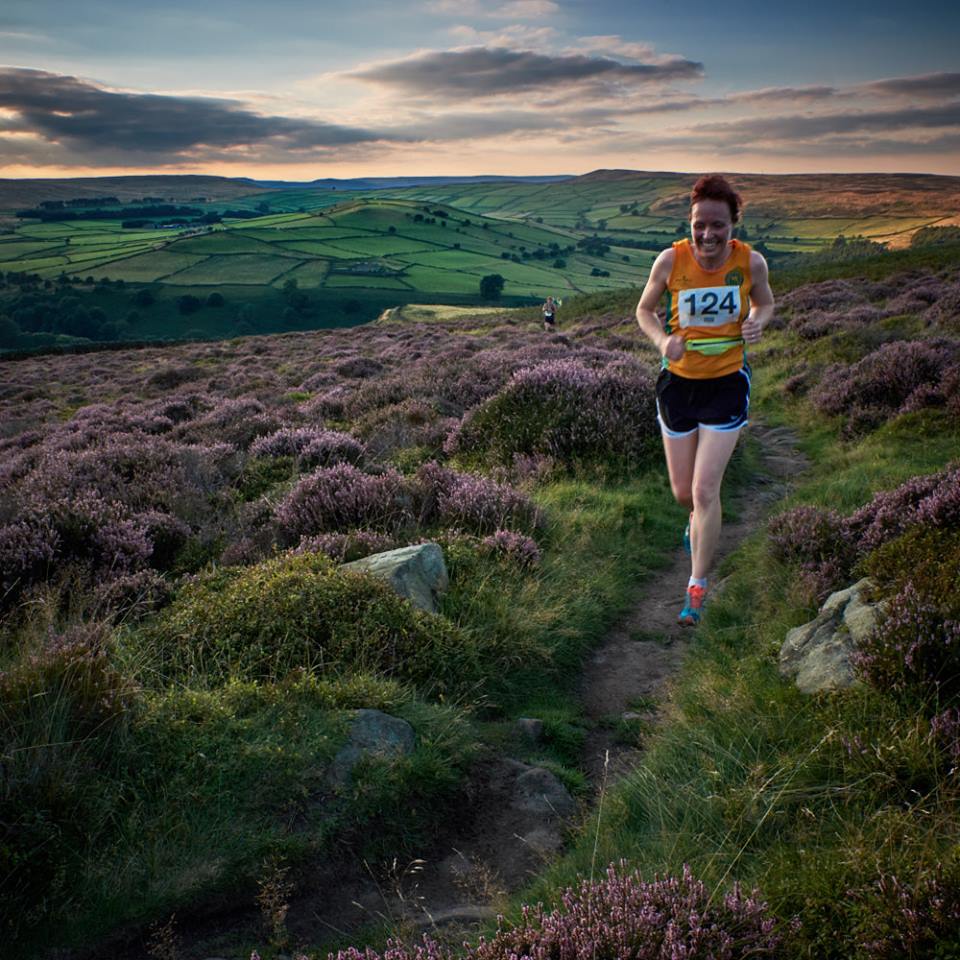