The ‘English’ Half Marathon takes place on a slightly undulating route in Warrington. As half marathons go, it packs some bling, with a dramatic finish through the Town Hall’s Golden Gates, and a chunky red and gold medal complete with what’s technically known as a ‘spinny bit’ in the middle.

This year’s race was won in 1:07:42 by Dejene Gezimu of Liverpool Harriers. The fastest woman was Victoria Atess of Stockport Harriers in 1:29:04.

Two Striders took part, with Tim Holt hanging on for a PB and Jane Saunders enjoying a successful return to the half marathon after an 11-year break. 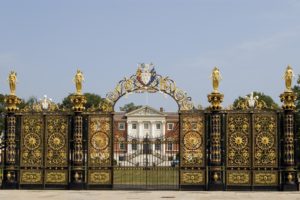 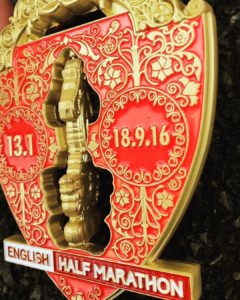