Hell of a Hill is a trail marathon in Rivington, near Bolton. You run six 4-something mile laps up, down and around Rivington Pike. There’s only 70 places per day, and the majority of those are reserved for the extremely hardy bunch of nutters who do it 5 days in a row. Given how much various Striders enjoy silly running challenges I’m surprised the organisers hadn’t heard of us before. Anyway, I hope someone else makes the 90 min trip next year because it’s an excellent race, very friendly, well organised and supported. And with beautiful views I’m told. I can’t confirm this because I ran the whole race in a large and extremely wet cloud.

I only did one day (the fourth, Saturday) and I really wouldn’t have wanted (or been able) to do any running at all the next day, let alone a marathon, and especially not that marathon. As for doing it every day for the next four days……no. Just no. But I’m sure there’s a mad invincible Strider who could? The tag line is the ‘toughest endurance marathon in the UK’. I don’t know about that, but it is tough. And I like doing laps of things. Actually, although it is obviously a tad hilly (hence the name) the elevation is not really that bad (total 4500ft). But the terrain is brutal. The trails are mostly very rocky and difficult to run on. Complicated by the fact that it was raining and had been for some time, hence quite a large proportion of the course had become a river. There was a particularly exciting 0.6 mile downhill section with fast flowing ankle deep white water obscuring the uncomfortably large rocks underfoot. Massive gorse bushes ensured you ran straight through the middle. Six times. My feet (and terribly fragile calf muscles) took a proper beating.

All five races were won by a (super)man called Adam Holland of the erroneously named NotFast club. After he won the three days before I turned up, I did some Power of 10 stalking. He’d run 247 marathons/ultras, including a 2:28, and held World Records for fastest multi day marathons (10 in 10 maybe?). I had a go at chasing him anyway, and even led a few times on the first lap (he stopped to tie his shoe). Maybe he’s not that fit at the moment, I thought. He, like the majority of the people I was lapping (feeling like a bit of a fraud) had done three marathons in the previous three days. Surely he was tired (chatting after I discovered he had had a rest the previous week, only racing one sub 3 marathon, although admittedly he’d run nearly 1000 miles in October, including running 62 miles every day for 10 days in a row two weeks prior). He surged on the second lap, and it wasn’t until the steepest bit of the third lap that I nearly caught him again. I briefly, ludicrously, entertained thoughts of victory. Seeing I wasn’t yet broken, he proceeded to comfortably do exactly that on the fourth lap. Sadly, I had no kryptonite. Never saw him again. I settled back into my lonely (essentially I ran the entire 26 miles on my own) battle to not get injured (which I lost). Cramped up a fair bit on the last lap. Surprisingly it seems running half marathons is no substitute for proper long runs. Finished 8 mins behind Adam (who broke his own course record to finish in 3:27), but 40 or so ahead of 3rd/4th (although both, like the winner, I’ll say again, had just done their 4th day of this). The first lady was Jacoline Mcdiarmid in 5:09.

Reading this back, it sounds like didn’t really enjoy it. But I did. It was fantastic. I’m only really writing this to encourage other Striders to do it. Hopefully, properly, 5 in 5. Because the only down side was competing against people who had done three already and had another tomorrow, which felt just a touch unfair.

All the days were sold out well in advance, the people were great, I had nice chats before and after in the (heated and well stocked with complimentary food) massive race HQ marquee. There was electrolyte/gels/baggage and lots of encouragement at the two aid stations. The medal was great, a unique one for each day, and all five tessellate. Which is cool. There was even chip timing. I’ve no idea why.
Come on, there has to be a Strider who can do it? Just not me.
Organisers website. Full results available here 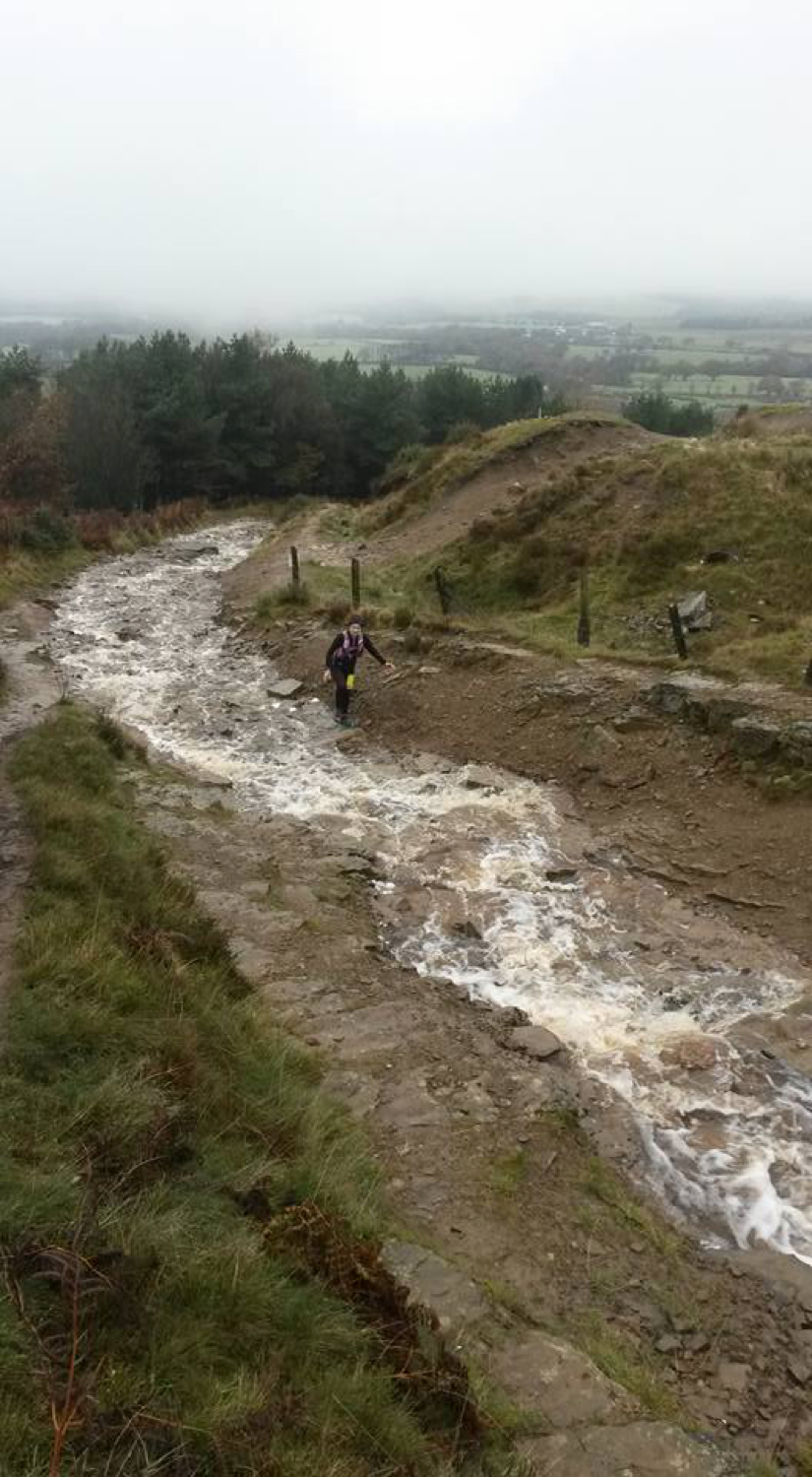 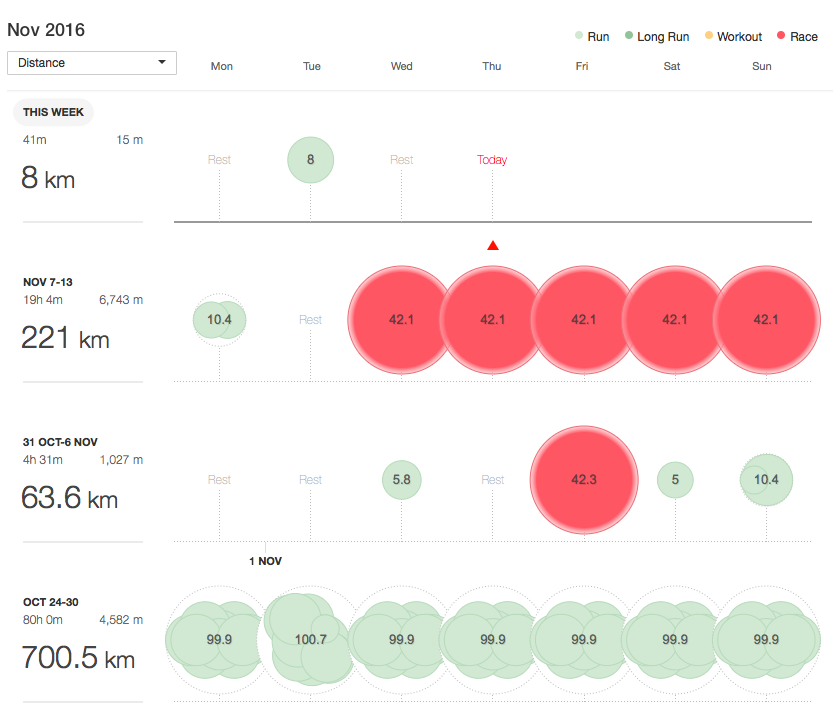