Organised by Newquay Road Runners, the Indian Queens Half Marathon is a scenic, low-key race limited to 600 runners.

Taking place in the village of Indian Queens, two miles southwest of Newquay, the route is undulating and predominantly rural. Apart from the first and last miles, the race is run over the countryside, five miles of which is on trails. According to the reports, the sun came out after about four miles which meant there was little shade along the gravel paths of Goss Moor, and there was a slight headwind on the way back which makes the finishing time below even more impressive.

535 people took part in the race, including our solitary Strider, Simon Bennett. Simon ran a fantastic race and finished 2nd in his age category, taking home a nice bottle of plonk. Well done! 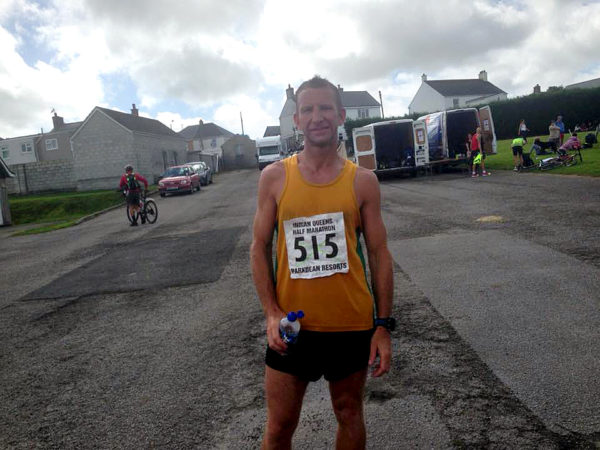