Despite the Striders flashmob at Rother Valley, the rubbish weather and Poolsbrook being quite a trek for me from Loxley, the lure of getting on the first results page proved too much.

Poolsbrook Park is a small country park on the eastern side of Chesterfield, about halfway between Staveley and Inkersall. Formerly the site of the Ireland Colliery, the entrance to the park is marked by a winding wheel from the old pit head gear. The site has now been transformed into a 180-acre country park and nature reserve, with a lake in the middle. Similar to Rother Valley, the path around the lake is the route for the Parkrun.

I arrived at Poolsbrook just after 8:30 and there were already a few runners and a lot of volunteers hanging around. Eventually I was joined by fellow Strider Jimmy Sharman, his little one in the buggy, and another 193 runners. From the number of hands raised before we made our way to the start, I would estimate about one third of the runners were completely new to Parkrunning.

The start of the course (Strava link) is back along the aforementioned path, right at the north end of the lake. The course consists of just over 3 laps of the lake, with the finish of the run just below the toilet block, what is soon to be a café and some swings etc. The path is all compacted gravel, apart from about 20 meters over a bridge on tarmac and the funnel on the grass. The path isn’t the widest, but a start near the front will leave plenty of room for overtaking. The tightest corner on the route is at the south end of the lake, but is open enough to not require slowing down too much, unlike the annoyingly sharp corner near the end of Rother Valley. The only things that slowed me down were some geese on the first lap who seemed rather annoyed about being moved by a load of runners charging by.

I was 9 seconds behind my PB but Jimmy apparently achieved a “buggy PB” by over 3 minutes. I think that in good weather and when it’s a little quieter, this could be the quickest course around, allowing for a couple of seconds to be shaved off a Rother Valley time. I would highly recommend a trip out there, particularly if you live at that side of Sheffield.

Although, I’m currently the fastest Strider at Poolsbrook, a title I quite like, so don’t feel like you need to rush over there next week.

Full results available on the Poolsbrook parkrun website. Check out their Facebook page for future updates and photos. 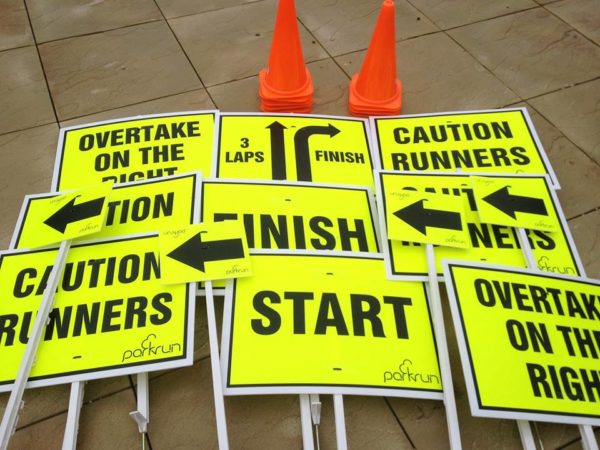