Race the Train encompasses 5k, 5 mile and 10k events held in the morning, as well as a Toddler Trot and the main event in the afternoon. The Race the Train Rotary Challenge is a 14 mile race over varying terrain with nearly 1000 feet of ascent. It attracts entrants from all over the world, and as such a quality field. Competitors race the steam train on the Talyllyn Railway on its journey from Tywyn to Abergynolwyn and back. This was the 33rd year the event was being held. Rain, a ferocious head wind, lots of mud and uneven ground made for an especially tough race this time round. Only 96 runners out of 834 finishers beat the train in the main event. This was substantially less than the year before, in which 166 beat it.

There were 2 Striders taking part, me (Sam Needham) and Ian Stinson – a veteran of the event. Neither of us managed to beat the train – though to be fair Ian took things at a more leisurely pace on purpose, as he was running with someone else. I was on course to beat the train up until the final mile, whereupon my spell of not running due to injury and resultant lack of training along with the pace set during the first part of the race took their toll. I posted a 6 minute first mile and still couldn’t anywhere near keep up with the front runners. The head wind on the way back meant that draughting behind other runners became a necessity for a bit of respite. Three runners dropped out with sprained ankles, amongst them one of the leading women at the time.

The train finished somewhere between 1:44:44 and 1:44:58. Condolences to the appropriately named 97th placed Robert Jinks of Beaumont RC who posted a time of 1:44:59 but isn’t credited as beating the train! The winner was Paul Green of Sale Harriers, in a time of 1:28:14. Anyone who breaks the course record wins a prize of £600 (It’ll be more next year – it racks up at a rate of £100 a year, and it’s been 6 years since anyone beat it) – though this is a time of 1:18, so nobody came close this time round (the 1:19 winning time last year was closer). The winning lady was Jenny Latham of Wakefield Harriers, in a time of 1:41:56. Only 3 women beat the train – I think some of our Strider women should have a go next year!

Though difficult, it really is a great event. The sight, sound and smell of the steam train and its cheering occupants in the carriages clacking along next to you at times – the steam in your eyes and the whistle going off over and over is all something to behold. It is unlike any race I’ve ever done before. I’ll be back. I have a train to beat! 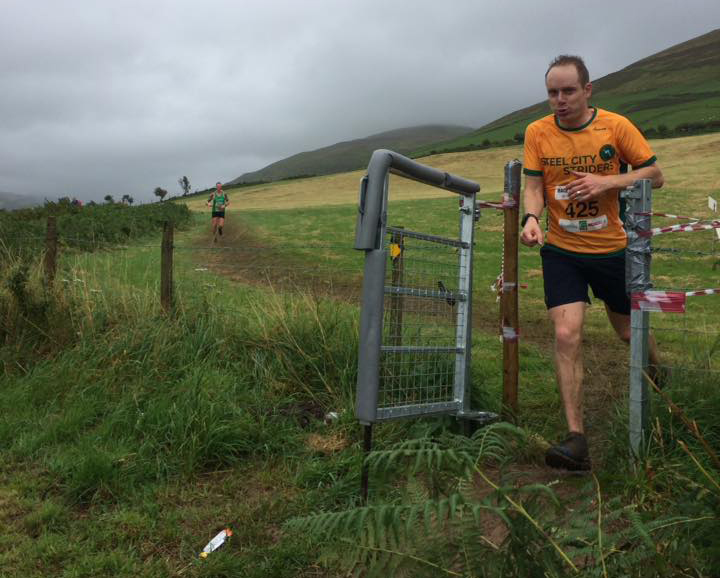