Anyone for a 100km race? Well yes, 2 Striders actually. I believe there is a report of this race on its way at some point but I thought it time that official kudos is given to John Rawlinson and James Fletcher. Here’s the blurb first:

Trail Outlaws present Saint Cuthbert’s Way Ultra. Bridging the national borders between Scotland and England, this inspiring 100km route will be reversed. Starting at Holy Island in an area of outstanding natural beauty on the Northumberland coast. The route heads Westwards crossing large sections of the Northumberland National Park and the beautiful Scottish Borders region. Finishing at Melrose, which is where Saint Cuthbert’s journey is thought to have started.

There were 48 finishers and 9 DNFs in this challenging race. Massive well done to both John and James for their efforts. The race was won by David Wiseman and Nick Green in 11.32.00. The first woman home was Karen Nash of Krypton in 13.25.00. 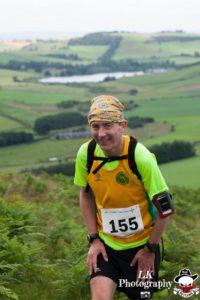