Cold, slushy, wet, muddy, foggy, energy sapping, slippy. All words that in no particular order can be used to describe this morning’s Tigger Tor. 342 hardy souls finished the (nearly) 10 mile race, with 3 not finishing and 1 disqualification – fortunately not Strider related.

The foggy conditions made it tough to navigate at times, especially if you lost touch with other runners around you. Nick Burns knows this first hand – he took a wrong turn, which meant Joe Buckman beat him. The copious amounts of mud made for some comparatively slow times.

Alasdair Menmuir celebrated becoming a dad for the second time by convincingly finishing as 1st Strider – 10 minutes quicker than last year. He put the likes of me & Alastair Lawson firmly in our places. A brilliant performance, well done Alasdair!  Andy Green managed to start (and finish!) despite copious partying the night before. Anyone would think he had something to celebrate.

Seasoned fell runner Alasdair politely waiting for me to get out of his way, before we dropped off the first edge… 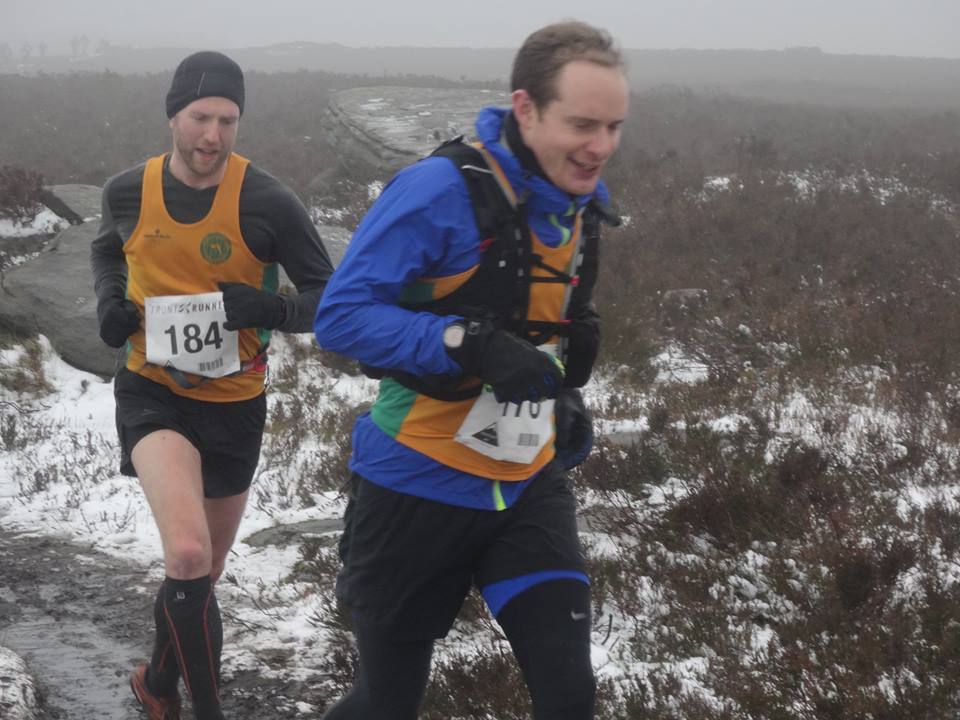 There was also a teams competition. I’ll get into that after the individual results:

21 Striders took part in the end (Who put the club down on their entries, anyway). Perhaps some were put off by the cold and the rain!

Now for the teams competition.

The winning mens team consisted of Steve Franklin, Ollie Hart and Bart Shaw (Totley A.C.) in a combined time of 03:55:41. There were 45 mens teams in all.

The winning womens team consisted of Caz Kay, Penny Saddle, Jo Brown (Totley A.C.) in a combined time of 05:13:04. There were 11 womens teams. Unfortunately Helen Calder and Jenny Lingrell didn’t qualify. There had to be multiple of 3 for a team to count as such. Hopefully more Striders women will take part next year!