After the exploits of the current Men’s Marathon record holder in the last few years at Rotterdam, whilst around 200 of us were running up a big hill, a handful of Striders had made the trip across the North Sea to take part in the 37th edition of Rotterdam’s Marathon.

It seems that our job of late as website administrators has been to constantly update the Women’s Marathon record. It’s with absolute pleasure that I’m delighted to announce that the record has been broken once again.

Congratulations Jen Rich on a stunning performance to bring the record down to 3:02:44. Note, this is the gun time which is always used for club records. After the record was beaten twice last year, it will be an interesting battle to see if there are any further updates this year. See all the records here.

So there you have it, both the Male and Female Marathon club records have now been set at Rotterdam. I’m sure to expect a gaggle of Striders there in future. The race was won by Marius Kimutai of Kenya in 2:06:04. Meskerem Assefa of Ethiopia came first in the women’s race finishing in 2:24:18.

Although not breaking club records, there were some excellent performances from other Striders in attendance, displayed below.

Condolences to Simon Hope who had to decline starting the race to due illness, but by all accounts put in a stunning spectator performance. 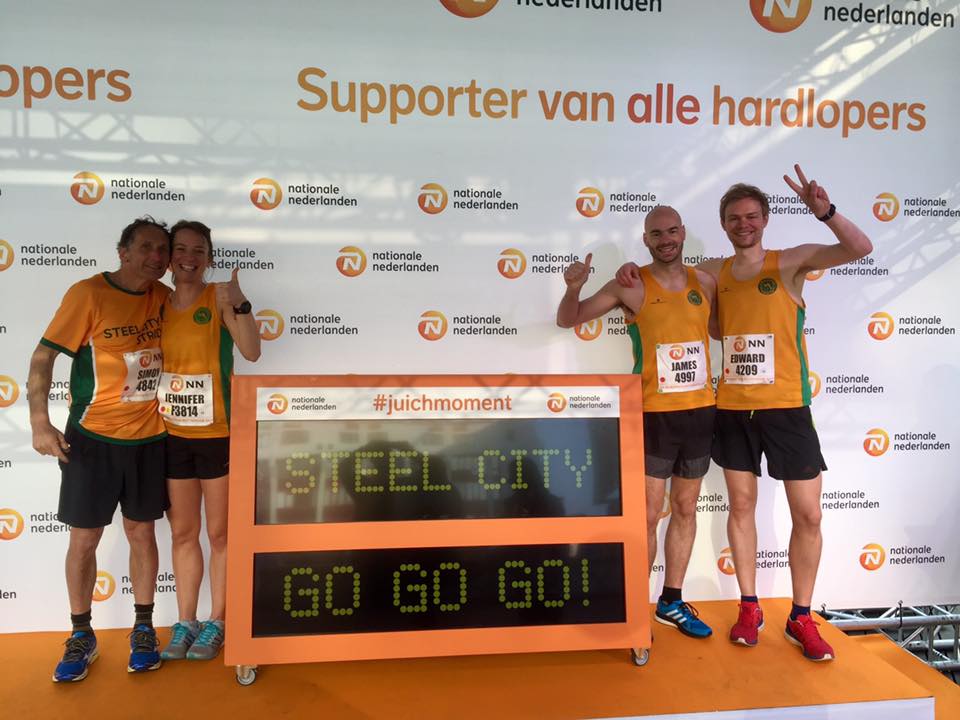