While the Strider masses were busy taking part in the Round Sheffield Run, 7 Bakewell pudding lovers headed into the Peaks instead.

The Bakewell Pudding Race involves getting a pudding as a prize! What’s not to like!?

The race was won by Phil Ske…. oh wait, no. He took off like a rocket, got lost and ran 2km too far, costing him the win. Oops. There’s a lesson in there somewhere. 🙂

The race was won by Jordan Street of Clowne Road Runners in a time of 41:24. First lady was Wendy Higgenbottom of Buxton AC, in a time of 49:47. 142 runners took part in the race, of which 7 were Striders. Well done to all who took part, and commiserations to Phil Skelton! 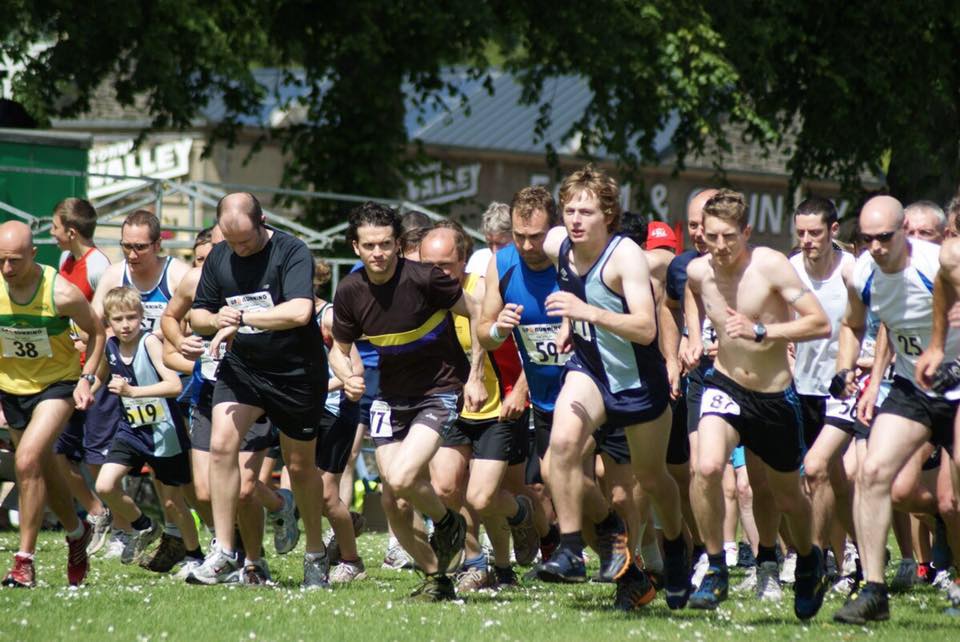