The Borrowdale Fell Race is an annual fell race held in August, starting and finishing in Rosthwaite. It is considered to be one of the “classic” Lakeland races and the route initially heads over Bessyboot before climbing England’s highest summit, Scafell Pike. Great Gable is then scaled before a descent to Honister Pass and the final climb up Dale Head. The distance is approximately seventeen miles and the route has around 6,500 feet of ascent.

This year there were 254 finishers and 21 DNFs. Of the finishers, our very own Alasdair Menmuir was included. Well done Alasdair, looks a monster race. The race was won by Carl Bell of Keswick AC in 2.50.05. The first woman home was Catherine Spurden also of Keswick AC in 3.45.14. 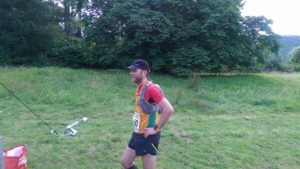