The Chester Half is one of the UK’s longest established and most highly regarded half marathons, starting and finishing in the historic Roman/Medieval international destination city of Chester. The fast and largely flat city and rural race route is run entirely on closed roads, and the 36th staging of the race attracted almost five thousand runners to its streets.

The 2017 race was won in a time of 1:07:20 by Mohammad Abu-Rezeq of Altrincham and District AC, and the first lady home was Julie Briscoe of Wakefield District Harriers and AC in 1:17:06. Of the 4797 runners, two Striders made the way over to Cheshire, and their results are given below. Well done to Mark and Jane! 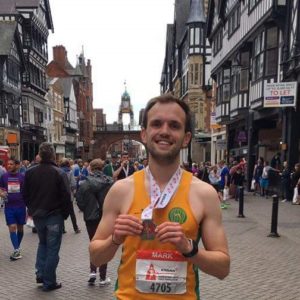