20 mile races are often held around this time of year as an ideal proving ground for spring marathons. As such, a few Striders took the highway to Hull to see what sort of shape they are in at this stage of their respective marathon training programmes.

6 Striders ran the course, which was mainly country roads and paths along the Eastern end of the city. Some very encouraging times were posted.

‘I love races like this, staged by clubs for athletes wanting nothing more than a good race. This event has a long history, first staged by East Hull Harriers in the early 1900’s it was re-established in the 1950’s, long before the London Marathon was even dreamed of. The club itself was founded in 1893.

The race starts near the club headquarters, an unprepossessing building just off a busy main road but it has everything that is needed: sizeable changing rooms, a tea bar with a communal area to meet and chat after training together with a notice board packed with details of fixtures, results and so on. I wonder if this is something that our club could aspire to one day.

The route itself soon leaves the city and after two miles turns onto quiet country lanes. It is virtually pancake flat and remains rural until the last mile and a half. Nevertheless, marshals are numerous and helpful with splits being called at five and fifteen miles (I bet the leaders got them at ten as well); East Hull’s long experience in staging this event shines through. Conditions are good for Holderness can be uncompromising at times whilst the atmosphere amongst the athletes is businesslike; over a distance like this pace judgement is essential and, with a slight tail wind for the first ten miles, it is difficult to hold back with penalties for those who don’t for there is a rather spiteful incline at about nineteen miles.

For those using this as part of their marathon preparation the question is “Can I run another six miles at this pace?” The answer is, “You always run to the finish”.

And the finish was worth running for. Instead of the ubiquitous t-shirt we all got a Buffy hat come scarf thingy whilst the superb spread of sandwiches, flan, cake and fruit provided the immediate carbohydrate replacement recommended in the best training manuals.

This race is on the radar for next year even if I’m not running a marathon.’ 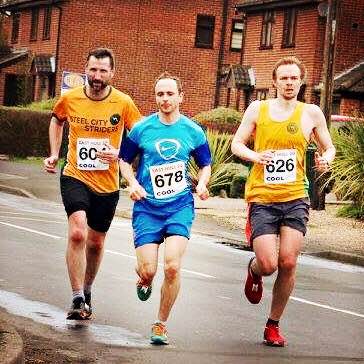 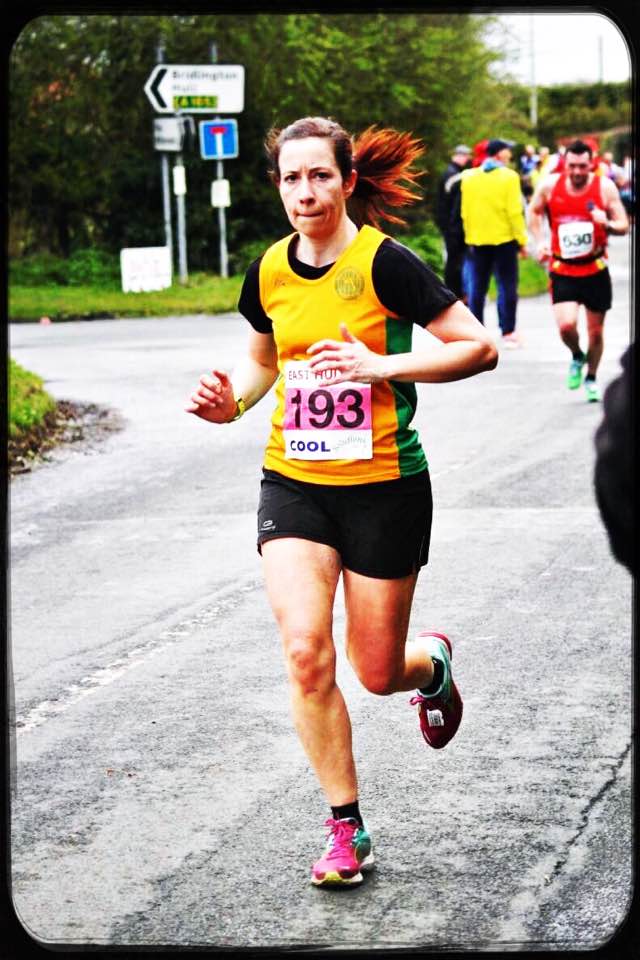