This race has a long history going back to 1968 and regularly attracted international athletes. There was a gap between 2012 and 2014 due to due to problems with increasing traffic and policing, but in 2015 the race was resurrected but with a different route although still over two laps and, being West Yorkshire, not flat. For an interesting history of the race follow this link to the Holmfirth Harriers website. The results dating all the way back to 1969 are worth reading. True quality and the older ones will recognise some famous names.

Riding in on the back of Storm Brian, Alex Shephard used this race as a tune up for the Frankfurt Marathon the following week. The new route is on road and, as a necessity at many races these days, on the pavement. A £20 entry fee seemed pricey, especially as you didn’t even get a t-shirt. Should we expect gels as well as water at feed stations on a race as long as 15 miles? 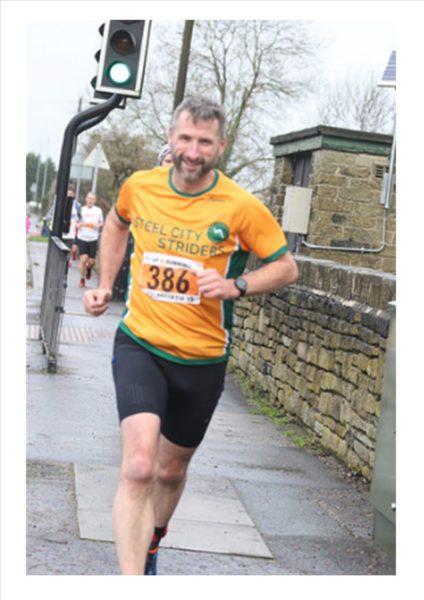 To what extent did Alex suffer at Frankfurt the following week for running 6:08 for the last mile?

The ladies event was won by Sarah Attwood (Knavesmire) 1:46:21 whilst Franco Pardini (Roundhay) 1:28:55 led the men home. The race seems to have fallen upon hard times compared to past glories with only 73 finishers but a race with this history deserves to be supported and you’ll most likely get a pb too.