The Heanor 10k, or to give it its grand title “The Matthew Walker Heanor Christmas Pudding Run”, is organised by Heanor Running Club and has been serving mulled wine, mince pies and Matthew Walker christmas puddings (hence the name) to grateful runners since the turn of the century. Almost a thousand runners completed the undulating course around Shipley Country Park on a glorious November day – a record number for the event.

First home was Richard Weir of Derby Athletic Club in a time of 30:56, and first lady over the line was Richard’s wife, Natalie, completing the husband and wife double in 37:45. First (and solitary) Strider to complete the course was Matt Surgeon in a time of 56:10. Well done Matt! 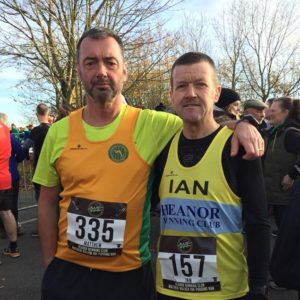