The Ladybower Trail Marathon, organised by Peakrunners, is set in the beautiful Derwent Valley, and comprises a lap and a half of the Howden and Derwent reservoirs and the section of the Ladybower reservoir north of the A57 Snake Road, starting and finishing by the Derwent dam wall near to Fairholmes Visitor Centre.

This was the second running of the event, and was my 26.2 mile debut. Never one to knowingly do anything the easy way, I had decided my first marathon should be one with rough terrain and 3,500 feet of ascent.

I had been eyeing the weather with growing horror in the days leading up to the race. The previous weekend had seen the mercury hitting 30C, and I thought that I was at serious risk of a DNF if conditions were the same. Luckily the weather broke during the week, and race day came with only moderate temperatures.  There was some cloud cover, and a fair wind, but down in the shelter of the valley it was still and dry.

After race registration and a short briefing, at 09:30 we were off. A slow, congested climb up a narrow set of steps lead up to the smooth tarmac that runs along the west edge of Derwent Reservoir where we turned north. Despite being billed as a trail marathon, a good 15-16 miles or the race were on tarmac or hard-packed dirt which was just as smooth.  The “trail” aspect of the race was yet to come.

I flew past the feeding stations at 5 and 10 miles feeling pretty chipper, and still felt in good spirits at the 15 mile point. However, immediately after the 15-mile checkpoint the route climbs up to the ridge to the west of the water. The hill was steep and rocky, and although I’d already given myself permission to walk this section, it was very slow going.  I was hoping for a more runnable surface at the top of the hill, but that wasn’t to be, and my pace dropped to a walk, as I almost turned an ankle. I could see more experienced – or simply braver – trail runners ahead making much quicker pace, but I decided to keep it slow.

The descent back down to the roadway was hilariously heavy going, and I simply can’t imagine how anyone without significant mountain goat DNA makes a quick time on that kind of surface, with that kind of gradient.  The only runners I could see by now were finding the going as difficult as I was, and all the mountain goats were far ahead leaving us in their wake.  It’s fair to say that the five miles between the 15 and 20 mile checkpoints felt like the longest five miles I’ve ever run.

Back down on the smoother stuff, it was now just a matter of grinding out the remaining distance.  I knew by now my hopes of finishing in under five hours were fading fast, so badly had I been slowed down by my lack of bravery on the tricky sections.  After what seemed like an age, but on thankfully forgiving surfaces, the Derwent dam came into view, and then just a short descent to the finish at the dam wall for tea and medals.

I wouldn’t hesitate to recommend this race for next year, and it’d be great to see more Striders on the starting line. I had a fantastic experience, and I’ll be planning to run it again, better prepared, better trained and stronger over the tricky stuff.

Race winner, and now course record holder was Chris Shelton of Team Accelerate who finished in an amazing time of 2:49:05.  The first lady home was Miranda Singleton in an impressive 3:59:01.  95 participants started the race and I was (as far as I can tell) the only Strider. Four runners failed to finish. 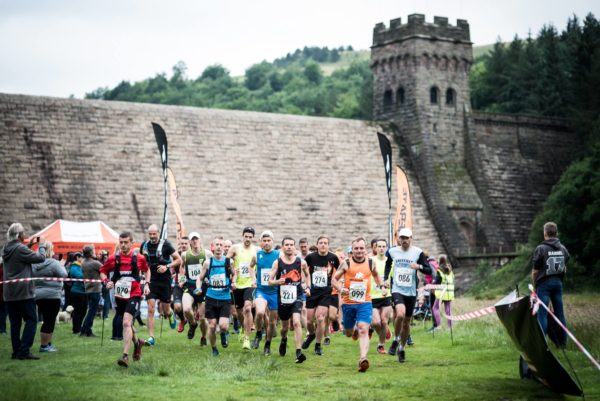 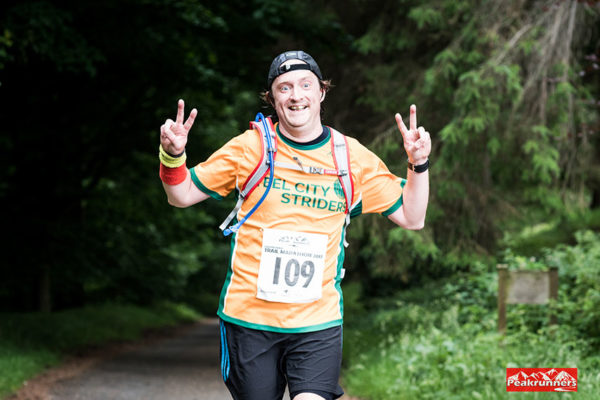 Yours truly, representing #TeamStrider at the 10 mile point 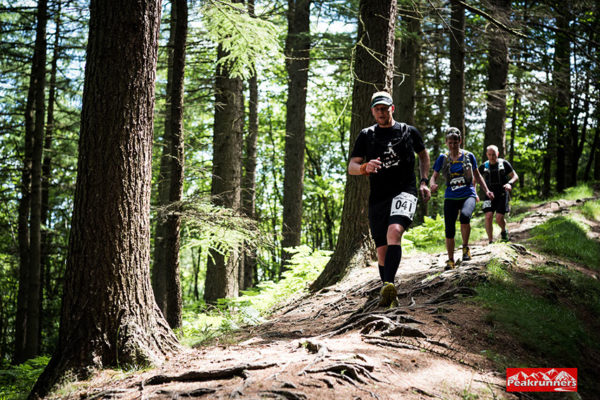