Sulk: Verb: be silent, morose, and bad-tempered out of annoyance or disappointment. “he was sulking over the frankly unacceptable time that he had run”

Driving to the race with Val we were discussing how, for the average athlete, personal bests can appear on a completely random basis compared to elite athletes where the imperative is to produce the best possible performance on a particular day, at a particular time. What we didn’t talk about is how poor performances can also appear completely out of the blue. 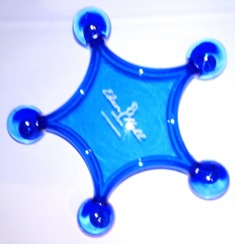 What’s the strangest thing that you have ever found in your goody bag.

The Newark Half Marathon starts in Sconce Park, site of civil war battles, passes the Ice Age Journey dig, where our ancestors settled over 13,000 years ago, skirts East Stoke, site of one of bloodiest civil war battles, through Elston, birth place of the Darwin family and where the main sponsor Eden Hall is situated then back to the park. The route is flat and fast and mainly on closed roads. What could possibly go wrong?

Tony Lyell confirmed that the heat, pushing 20C by 11:30, was an issue (even Val, who is always complaining about the weather, thought it was a little warm) so when the water station at seven miles didn’t have any ready when he got there he was understandably disappointed considering he had already been on his feet for over seventy minutes. He also had to dodge cycles on the course after Thorpe and then deal with a massive farm vehicle as it was pulling out onto the track around mile ten. Nick had a combined harvester on the road at three miles but this is rural Lincolnshire after all. The grass growing in the middle of the road between eight and nine miles added to the rural feel of things and we’re making an appeal to the Court of Arbitration for Sport to have this event re-classed as a trail race. Further evidence for this claim is in the form of the last 1000m which was a cruel loop on the grass and trails of Sconce Park.

Some wag commented on the race’s Facebook page that the course was boring and wasn’t as flat as advertised – he ought to come to Sheffield. Other feedback for the organisers was that the queues for the loos were too long.

Five Strider’s were among the 1031 finishers who were led home by Kevin Seeward (Cardiff) in 64:52 with Julie Briscoe (Wakefield) first woman in 1:21:36. Carrying a calf injury Tony did well to finish and whilst Val felt at ease with her performance Nick was distraught with his race even though he finished third M50. (Was this because prizes only went down to second place? Ed.) For one Strider however, this was his worst half marathon since 1985. Athletics is like running up a down escalator which gradually gets steeper. You will never reach the top but if you ever stop then down you go and will never get back to where you were before.

So what went right on Sunday? The crunch bar in the goody bag tasted nice and there was a banana too whilst the massage tool that everyone received was interesting. A regret is that there wasn’t time to have a look around the civil war redoubt of Queen’s Sconce. T-shirt and medal if you want and, actually, this is a good event and will produce good results if you’re in the correct shape.

Tony with well earned t-shirt and medal replacing carbs after the event.

The night before, despite nearly getting to the top of the escalator, both Mo Farah and Usain Bolt were beaten. Farah has now got onto a different, marathon escalator, whilst Bolt has retired altogether.