The array of club vests on show were evidence that athletes had travelled from far and wide to be at a windy Graves Park on Saturday and you knew that they were not there just for fun. This was business, the Northern Cross Country Relays. How a club does in the big relays, the ability to get all of your best men and women out, is the true indicator of the status of a club and for once Striders made a good fist of it although one may have wondered what some of them were doing there among the elite…

I have been mentally scarred… the last time that I came last in a race was in 1995 at Welwyn Garden City when I did the team manager a favour and ran the 400m for a point. A lesson in empathy and what it’s like to be on the end of the sympathetic applause.

I’ll leave it to the reader to work out the identity of the author of the quotes above (clue, he came 74th). Hopefully no-one else was mentally scarred by their experience of running two miles on grass and mud…

Well done to all Striders who took part and to the many supporters:

(NB in table below, P indicates the position of the team after the respective leg) 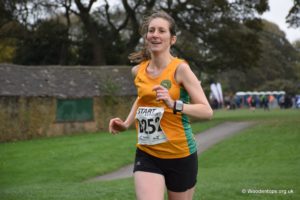