Early April is when Spring marathon season begins in earnest, and whilst many Striders were recovering after Manchester or running Rotterdam, one lone Strider was making her way to the City of Light for the 41st running of the Schneider Electric Marathon de Paris.

The race is now one of the biggest marathons in the world, nearly 145 nationalities and 42,500 runners decend on Paris, taking in the Champs Elysées, the Bois de Vincennes and Boulogne. The 2017 winner was Paul Lonyangata in a time of 02:06:10 and first lady over the line was Purity Rionoripo  in a time of 02:20:55. 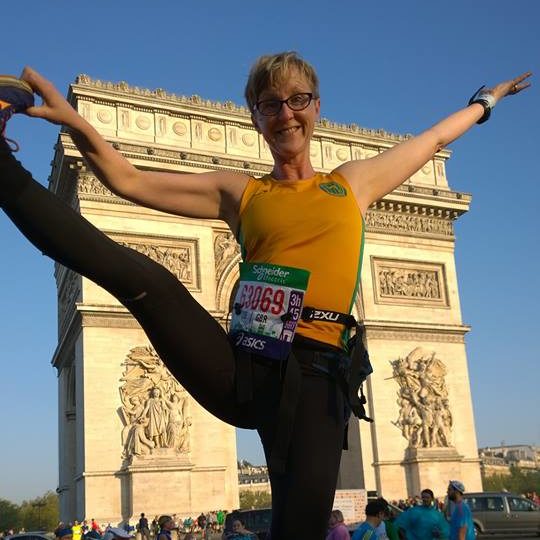