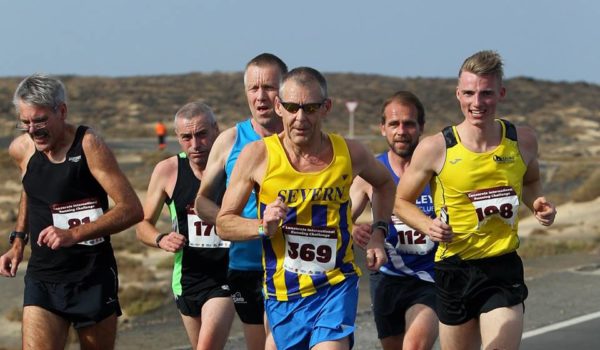 The trade winds blow on the first of four races.

Four races in four days, a test of endurance, especially for those to whom back to backs are a thing of the dim and distant past. Billed as an international event, competitors came from seven different countries although the Home Nations, Ireland and Denmark predominated. Old people predominated too with an estimated 75% of the field coming from the veteran ranks. 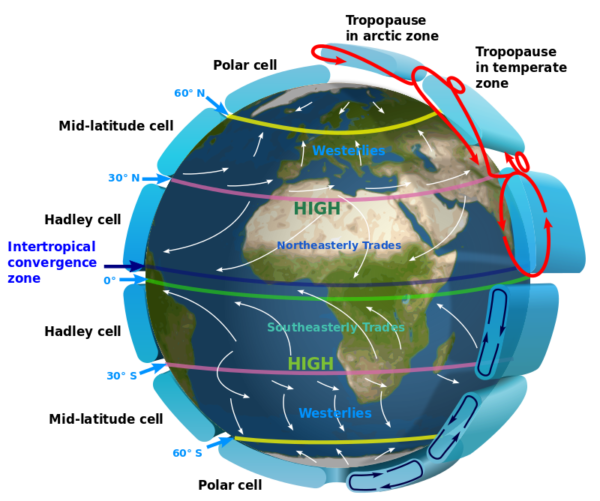 The strategy for this three lapper on roads and paths around the Club La Santa complex was to at least have one decent race out of the four. With the trade winds strongly in force however, this was always going to be a difficult one. An added incentive though was a forfeit in the form of having to drink a can of John Smiths Smooth if the stopwatch turned to 45 minutes. Another incentive was the bloke with the baby buggy that kept on clipping my heels at four miles. I’ve paid 25 Euros to run this race so if he wants to get past, he can go around me, not simply try to run me over. I wasn’t impressed and neither were some of the other athletes on the course at the time. He’s obviously a decent athlete and it may look like we’re jogging to him but with a tin of John’s Smiths at stake this is serious business. 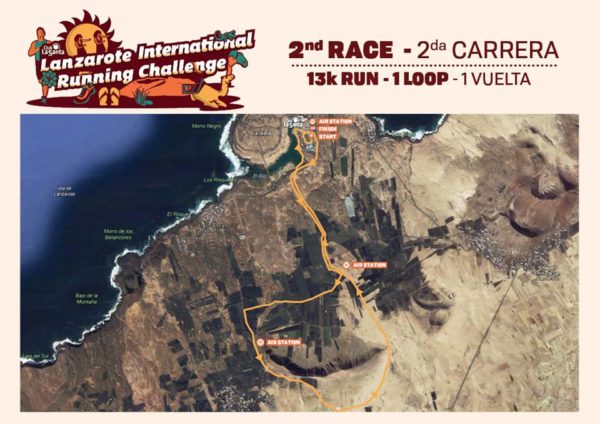 Positioned closest to the African coast, Lanzarote is one of the oldest of the volcanic Canary Islands, formed over 22 million years ago as the oceanic crust moves slowly over a hot spot, a mantle plume rising from deep within the earth’s core. Recent volcanic activity which took place in the 18th Century has meant that much of the island however is covered in a layer of lava and ash giving it it’s seemingly sterile appearance.

The ridge run is in all but name a fell race. Run mainly on dirt trail, the race climbs 500ft along the rim of one of the extinct volcanoes that dot the island before finishing with a lap of the Club La Santa track. After yesterday’s effort, legs are stiff and the climb is laboured with hands on thighs on the steepest parts but after the turn the descent is sustained but have lost time on those ahead after the first race. We’re all fed up with being sand blasted in the fierce winds again.

Ahead of the 274 who completed the race were Hellen Berger de Vriese, NED – 56:48 and Kasper Laumann Hartlev, DEN – 51:22. Lanzarote International Ridge Run Results 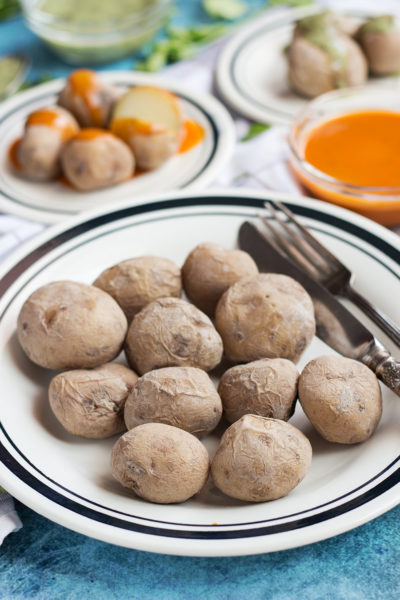 Long race tomorrow so some carbohydrate might come in handy. A local delicacy is Canarian Potatoes. Wash small potatoes, place in a pot and cover with water. Add two tablespoons of sea salt and boil for about 20 minutes until tender. Pour off most of the water and return to heat. Keep moving the potatoes around as the water evaporates. Serve with Red Mojo (chillie) sauce.

The beach run does what it says on the tin and the aim is to survive without getting injured. It feels like doing a set of heavy squats in the gym and a lot of time has been lost on my peers. The race took place in Puerto del Carmen rather than Club la Santa which doesn’t have a beach.

Coping best with the surface were Hellen Berger De Vries, NED – 21:00 and Henrik Them, DEN – 17:52. There were 277 finishers. Lanzarote International Beach Race Result 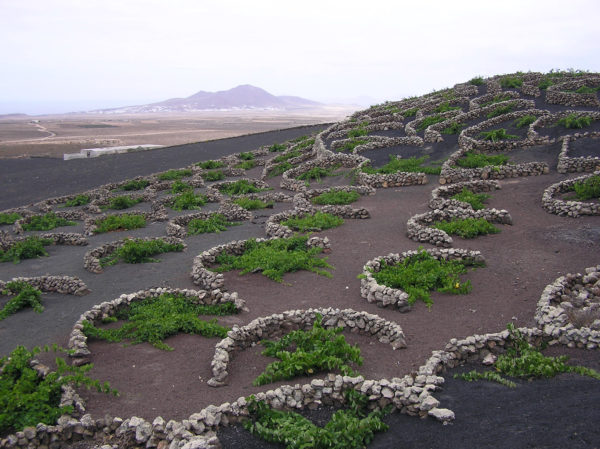 Geological and climate conditions present a challenge for farmers on Lanzarote who have developed a system of dry farming called enarendo, introduced after the eruptions of the 18th century. Crops are planted deep in the granular volcanic ash whilst low drystone walls shelter plants from the constant winds retaining the scant moisture. The wine industry flourishes with individual vines planted within semi-circular enclosures which seem to mimic the volcanoes of the island.

Day four is the half marathon with big gains on offer. Starting in the nearby town of Tinajo, predominantly run on dirt trails it descends through the local enardo towards La Santa where, at eight miles, it takes to the hills again before finishing with an all too public lap of the track. On a point to point course net descent is 190m so sore quads later. Despite the 09:00 start it’s hot and although the winds have abated the tactic adopted by most is to stop at each water station to ensure that the water (or coke if you want) goes all the way down. After three races already under the belt, the pace is akin to that of a top end Sunday run but it’s the same for everyone.

Leaders were Pauline Curley IRL in 01:19:02 and Kasper Laumann Hartlev DEN in 01:08:01. There were 261 finishers with a telling 36 DNF’s. Lanzarote International Vuelta da Tinajo Result

Club La Santa but the vigilantes and high walls make it seem like a prison camp.

Four races in four days is a big ask begging the question whether this is a valid event. Club La Santa is a massive sports complex, with a tartan track, gym, sports halls, 50m pool, leisure pool tennis courts and much more. It puts on a number of events across a wide range of sports to get the punters in although we stayed at Puerto de la Carmen on the other side of the island. At the front, the competition was of a high standard across many of the age categories but the fact that this strider managed to finish fourth overall suggests that the standard didn’t go that deep. A holiday then? At 75 Euros for four races it’s not cheap but par for the course outside Blighty. Getting up while it’s still dark to get to races or to go training isn’t much of a holiday either. A training week? As soon as you put that race number on it’s a race and the results are published for the whole world to see without the chance to add any excuses. Do it again? Not unless fully fit but then Lazarote in November when Sheffield was slithering on the ice wasn’t bad.

223 athletes completed the challenge in its entirety