With the Peak District on its eastern border, Cheshire seems to be one of those counties that you drive through to get to somewhere else but when you delve a little, it’s packed with places to send the husband and the children to whilst you’re racing. All within easy reach of Congleton these include: The Bridestones, a Neolithic Long Barrow at Biddulph, the chocolate box timber framed house of Little Moreton Hall, Grade I Listed Victorian railway engineering with the massive Twemlow Viaduct (not a spelling mistake ed) and science fact at Jodrell Bank. 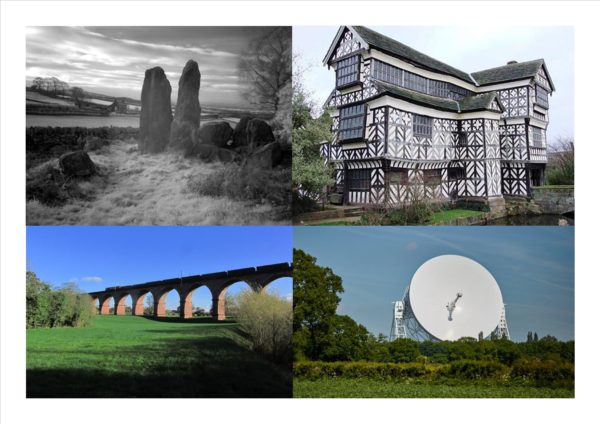 Organised by Congleton Harriers, the race starts at in the town at 9:30 before quickly heading northwards on quiet country lanes with partial road closures where safety dictates. The course is described as “undulating” but the race’s nickname gives it away as there’s a rather unpleasant climb at twelve miles; just when it’s needed the least. Not a pb course then but Nick Booker ran a fine pb in 85 minutes dead. Talking with Nick, he put his improvement down to consistent training including a solid eight week stint of track sessions on Thursday evenings. It’s great when a plan works. 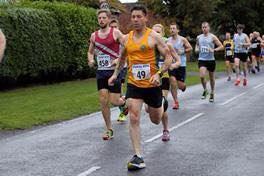 Nick wasn’t impressed with running on country lanes, observing that he would now have to wash his racing flats.

First lady home and twelfth overall was Diane McVey (Wilmslow) in 1:22:42 whilst first overall was Simon Myatt (Trentham) in 1:14:48. There were 418 finishers. A fee of £18:00 gave entrants chip timing, which is almost a given these days (how times change ed.), technical t-shirt and goody bag.