Whilst many Striders elected to run the Worksop Half Marathon through the officially beautiful Clumber Park, the hard core cross country enthusiasts were experiencing Winterhill, Kimberworth and the rugged terrain of the former pit of Droppingwell Colliery. Cross country isn’t supposed to be easy and this course certainly wasn’t with hills, steep banks and plunging descents although thankfully free of the mud that is frequently a feature here. In fact it was like concrete in places causing problems of a different sort for those who chose to wear spikes. 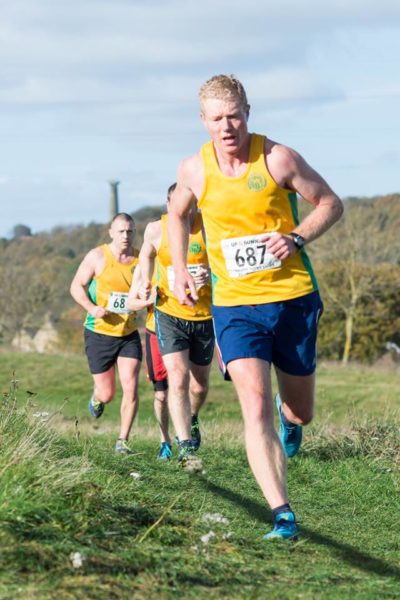 Like Spitfires out of the sun, that’s Dave Ansell, Mark Platton, Martin Greenough and Dave Perkins with Keppell’s Column in the distance. This photograph would have been taken early in the race as in the final analysis, these four crossed the line in a different formation.

In the ladies event, Helen Downs (Hallamshire Harriers) led the 113 strong field home whilst the men had international opposition in the form of Jonathan Shields (City of Sheffield & Dearne AC) first of the 153 men home. Those who train at Woodbourn Road will recognise Jonathan,  son of Olympian Jane, as he bangs out the reps. 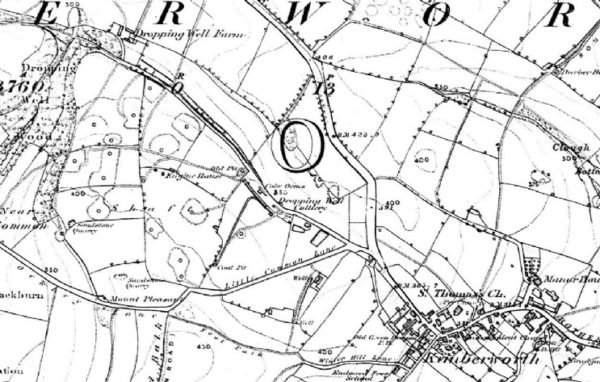 Droppingwell Colliery 1850 (Credit National Library of Scotland ) A late course change led to the inclusion of three pit mounds which formed a miniature ‘big dipper’ although run in the opposite direction this year.

If you like old maps, try this link to the National Library of Scotland.