Kate Bush wasn’t wrong about those wild and windy moors. But if Heathcliff thought he had it tough, he’d clearly never run the Yorkshireman.

The Yorkshireman races, which follow challenging routes across the windswept, exposed and very boggy moorland above Haworth and Oxenhope, West Yorkshire, come in two versions – the “full” marathon, which falls just short of the traditional 26.2 miles, and the “half”, which is just shy of 15 miles.

I’d thought that the “half”, with 1,750ft of ascent, would be a nice marathon training run, on home territory, four weeks out from my target race. I’d done 15 miles of the Sheffield Way the week before, with no trouble – this would be easy, right?! But then I hadn’t really taken into account the torrential rain, or the bogs, or the mud. Oh, the mud.

It was around eight miles in, as the rain set in and the fog got thicker, that I really began wondering what I’d let myself in for. The lyrics to Radiohead’s “Creep” – ie “what the hell am I doing here, I don’t belong here” were echoing around my brain as I slogged through the bog, attempting to move forwards and stay upright, as my pace dropped and dropped and then dropped some more.

I’ve never seriously considered dropping out of a race mid-run before. But if there were sweep busses on those moors, I’d have been first on board. I was cold, grumpy, and reaching Bronte-esque levels of misery.

But as I trudged on, getting stung by nettles, hauling my goose-pimpled legs over dry stone walls and sliding down heather-strewn banks, it was the friendliness and relentless cheery nature of the runners around me that made the whole thing, if not exactly fun, at least pretty amusing. When I fell head over heels into a bog, not once but twice, a cheery woman in a Keighley and Craven vest laughed and got me going again – and I did the same for her as she did exactly the same thing a couple of miles later.

You know it’s been a tough race when a steep cobbled road looks like a welcome rest from the bog, rather than a challenge in itself, and I gained a few places from 14 miles onwards, as I got back on the more familiar territory of hard ground, leading to the finish line at Haworth Primary School.

At the school, we were handed bowls of soup, and hunks of bread, plus strong hot tea. And thanks to that proper Yorkshire hospitality, within a few minutes everything was right in the world again, and I was seriously considering doing the “full” marathon next year. If I do, I’ll pack a waterproof.

The “half” Yorkshireman was won by Christopher Holdsworth of Clayton-le-Moors Harriers, in 1:40:05. First woman home was Margaret Beever, of Stainland Lions RC, in 2:03:49. I finished in 2:37:34, making me 23rd woman, 113th out of 226 runners overall, and the only Strider. The full marathon was won by Owen Beilby of Wharfedale Harriers in 3:26:50, and the first woman was Claire Cooper of Keighley and Craven AC in 4:09:12. 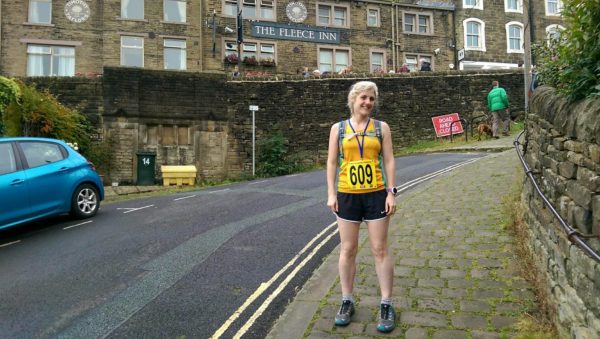 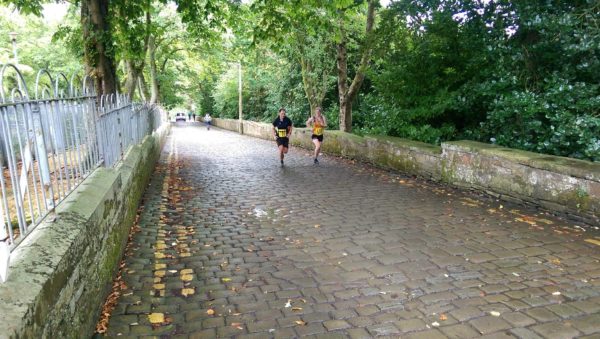 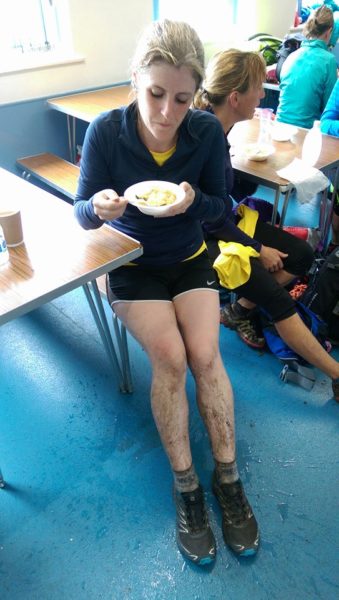