As with all LDWA events, the volunteers are amazing, the food is brilliant and it is very low key. Three Striders took on the challenge this year. It was the second time I had done a LDWA event after doing Three Shires Head earlier in the year, and to be honest I was mainly back for the melted cheese Derbyshire Oatcakes that get served to you at the chackpoints (yum yum).

The morning was forecast better than the afternoon so we set off from Biggin hall in reasonable weather. There was a bit of sunshine and the Dales were looking beautiful as we trotted down Biggin Dale and then cut back up Wolfscote Dale. I bored Matt Williams with some facts about the River Dove whilst running alongside it, before hitting the first checkpoint in Hartington. We were now starting to catch up with the walkers who set off an hour before us.

A steady climb out of Hartington led to a long section through fields and over the tops to Monyash. No dales on this part of the route. Both feeling OK and we knew Adam McAuley wasn’t far behind us. I had to be the first to the cheese oatcakes though. Into Monyash village hall and there they were, on a plate, being handed to me by another attentive volunteer. Day complete. Unfortunately I had another 14 miles to go. Adam came into the checkpoint only a couple of minutes behind us.

From Monyash the route covered the full length of the beautiful and serene Lathkil Dale before cutting back on the equally lovely Bradford Dale to the final checkpoint at Middleton. Unfortunately this involved a climb out of the dale to the checkpoint only to have to go back down into the Dale again. A bit of porkpie and some juice, and I picked my tired legs up for the final 6 miles home.

I went a bit downhill at this point, literally and it terms of my energy. Matt was looking strong and picked up the pace, so I sacrificed myself and told him to ‘Go On Matt….Leave Me….Go to live another day’. He left me for dead.

I stumbled through the last few miles and into Biggin village hall just before the rain started. There I found Matt sitting down having a chat with the 3 other runners that came in before us. I think Matt made around 10 minutes on me in the last few miles, but thanks to the chilled out nature of the event his ‘official’ certificate only puts him in 3 minutes before me. I’ll take that. Adam unfortunately took some minor wrong turns on the last bit and lost a bit of time. They then put him down as a walker and added another hour onto his time, just to rub salt into the wound.

No results for this one. There aren’t any published and there is no placings. You just get a nice certificate to say you have done it. 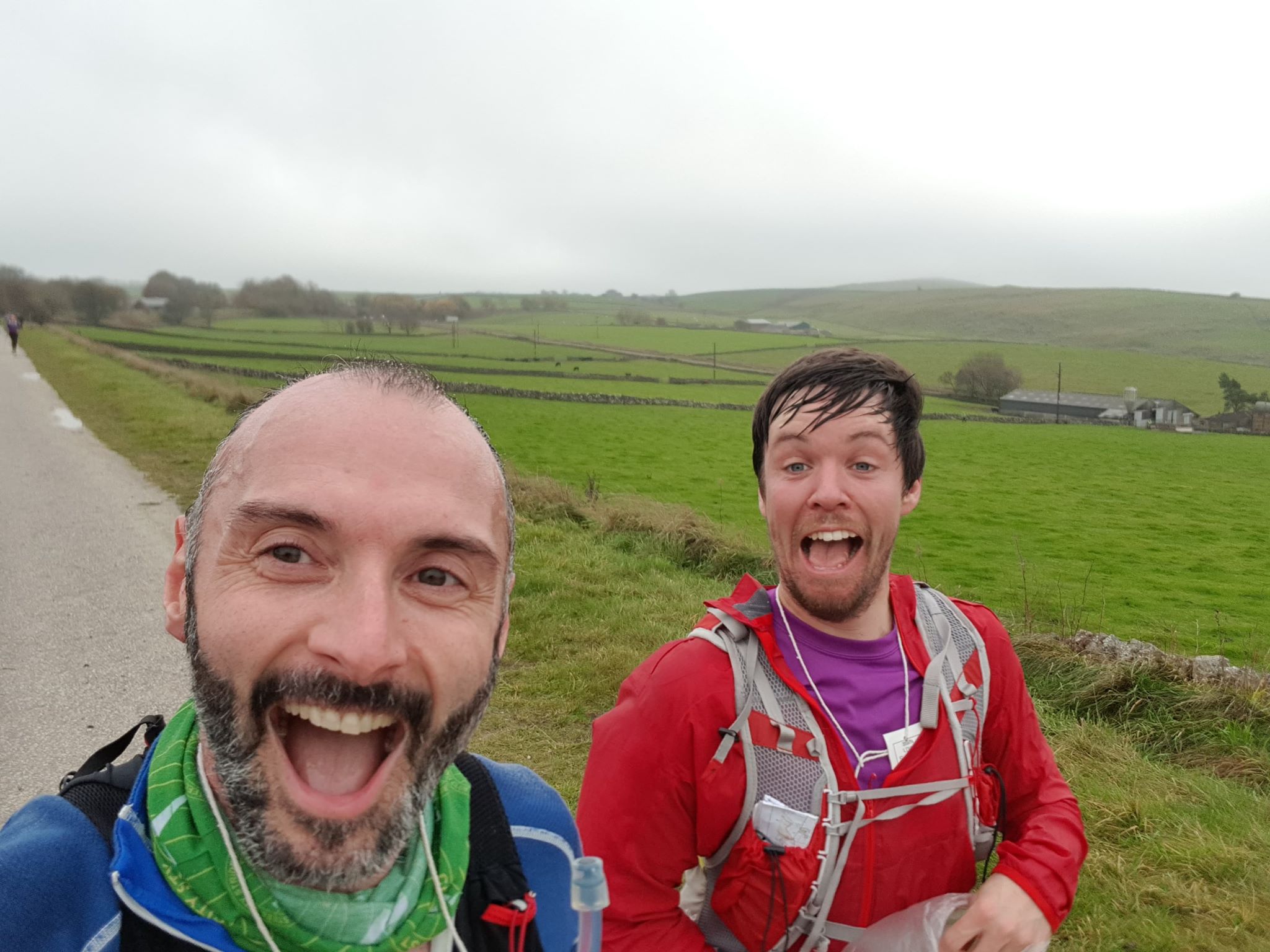