Howden Moor and the Langsett area are famous for many things. In 1954 records recount the story ‘tip’ the sheepdog who stayed by his owners body for 15 weeks during a harsh winter – only leaving his side when the body was recovered.

In 1997, a mysterious “sonic boom” triggered Emergency Services to start a large scale search after residents of Bolsterone heard a noise they thought was a plane crashing.  Nothing was ever found and if you reach the end of the internet and keep searching you can find a range of conspiracy theories suggesting military experiments and UFO’s, which have never quite settled down.

In more recent times, Langsett and the surrounding area has become a favourite of trail runners and fell runners. Providing stunning views and technical trails.

On December 1st 2018 Peakrunners staged the 2nd annual Dark Peak Trail 14 – 14 miles of trail running with over 700m elevation and the prospect of some fantastic views….

“Starting from the beautiful village of Langsett, this new and exciting race will twist and wind you through some of the most scenic forest trails in the Peak District National park.”

Early preparations and reccee’s included running through perpetual drizzle, sideways rain, prolonged wandering around in the clouds (for some of us…..) and a grouse who patrolled cut gate warding off any runners who strayed into the scrub!

After a “brief” race briefing in the barn, reassurances that the lower parts of the route were marked and several nervous conversations about getting lost…. we lined up with 62 other runners for the start. I assumed by the presence of perpetual drizzle even at lower levels that conditions could be challenging…. Cut gate is waterlogged at the best of times. Although I’d got FRA regulation kit in my pack, I’d forgotten to pack a paddle, and waders….

As we headed out onto the short winding track through the woodland the field spaced out as everyone settled into their stride. Soon we were heading up onto the top of the Moors, technical trails, plenty of peat and plenty of water helped the first few miles fly by. Fleeting views down the valley towards Howden reservoir gave glimpses of the checkpoint area but hid the undulating track ahead. As we made our way towards the checkpoint at 6.5miles we were treated to sideways rain, wind and mist. All of this added to the sense of adventure and, with legs feeling good, I pushed on trading places with several other runners.

Checkpoint passed, and fuelled by peanuts, flapjack and trepidation we were faced with a scramble up the hill to the top of Howden Clough. At this point the legs said no, and no again. However, faced with the option of sinking slowly into the peat or keeping moving…I decided to keep going. By this point the field was spaced out, I could see one runner ahead, two behind until they disappeared into the clouds…

The next 2 miles slid by before re-joining cut gate and turning right to take the route back to Langsett. After a few moments of self-doubt about the route and as two runners went in the other direction I decided to push on. After a short run on packed trails, the trail changed to roads, with the end in sight and spurred on by an orange clad runner  who seemed to be chasing me down, I used up the last reserves in tired legs and happily arrived back at Langsett Barn crossing the finish line with a smile on my face, and peaty water sloshing in my waterproof socks.

Well organised, stunning views (through the clouds) and a brilliant  route.  Definitely a race I’ll come back to…if you want a challenge. This is one for you!

Almost 1 year ago I ran my first race. The glorious Percy Pud of 2017.

364 days later – this was a different challenge: 14 miles on the trails in the “Dark Peaks Trail 14”  courtesy of Peakrunners. Whether you manage a walk, or a run, or even a “run walk”  – 1k or 50k. The only person you’ve got anything to prove to is you. #Getoutthere 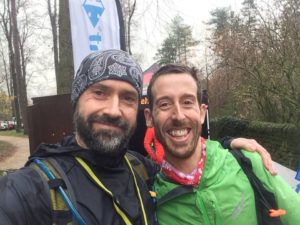 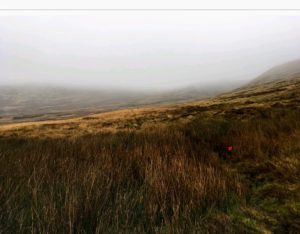