Gothenburg is the second biggest city in Sweden with a city population of around 500,000 and around 1,000,000 in the urban area.

It is home to the biggest half marathon in the world. It’s a massive event. There was one Strider running it, Richard Pegg

Here are the stats

The number of runners and arrangements needed is mind-boggling. Runners commence leaving the start line at 1 pm with the last runner leaving at 4 pm. Runners are still returning to the finish line at the same venue at 7 pm in the evening.

The city is helped by having two bridges on the River Göte around 10k apart. So Runners can go out to one bridge, cross to the other shore before coming back on the other bridge.

As stated in the numbers there were ample water stations, lots of encouragement from locals and music at every corner. It is truly a running festival.

At the end, there was ample supply of bananas, chocolate wafers and milk. All went off with no issues. So well done the Swedes who undertook the whole thing with their usual calm, relaxed and stoic manner.

The race is on a Saturday. So with a late start, it is possible to squeeze in a very nice park run in the excellent Skatas Park in the morning. This may not be conducive to fast running but it does mean the whole running experience is enjoyed.

Although the course is quite fast it would be hard to get a PB since there are a lot of hold-ups. Anyway, that’s no excuse for Richard’s below average 1.49.25 time.

The first home for each gender was

All in all, a great event well worth participating in if possible. 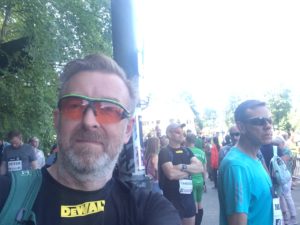 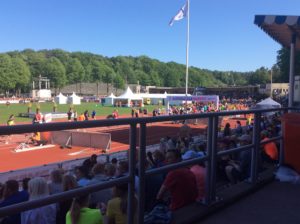 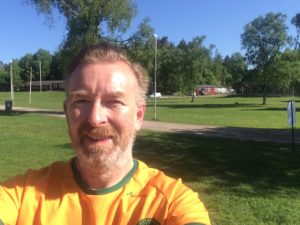