After a couple of aborted ultra attempts in the middle of this summer’s heatwave (Snowdonia Quarter 50 mile – DNF’d at halfway, Race to the Stones 100km – downgraded myself to 50km) I had my heart set on actually making it to the end of a race this year, not least to keep myself toped up on qualifying points for some of the UTMB races, which you never know when might come in handy…

The GTS seemed to tick most of the boxes: beautiful route round the northern fells of the Lake District; not too expensive; low-key; promise of runnable trails; bountiful feed stations and an early September date by which hopefully the summer heat might have subsided a bit.

The route is essentially a frying pan shape, with an easy 7-8 miles of trails to Caldbeck from the start in Dalston (near Carlisle), before a loop over High Pike, following the Cumbria Way past the Skiddaw House youth hostel to Latrigg near Keswick, the big climb over Skiddaw down to Bassenthwaite, a traverse of the northern fells back to Caldbeck before retracing steps back to race HQ.

Registration on the pre-race Friday at race HQ (which was in the grounds of a fairly swanky boarding school) was handy and the majority of competitors took up the option of camping on the playing fields the night before the race. Fortunately I have family fairly near to the start, so managed to scrounge bed and breakfast to ease the pre-race preparations a bit.

The morning of the race was a faff-free affair, and after a pre-race brief from the RD, we were off at the leisurely time of 8am. 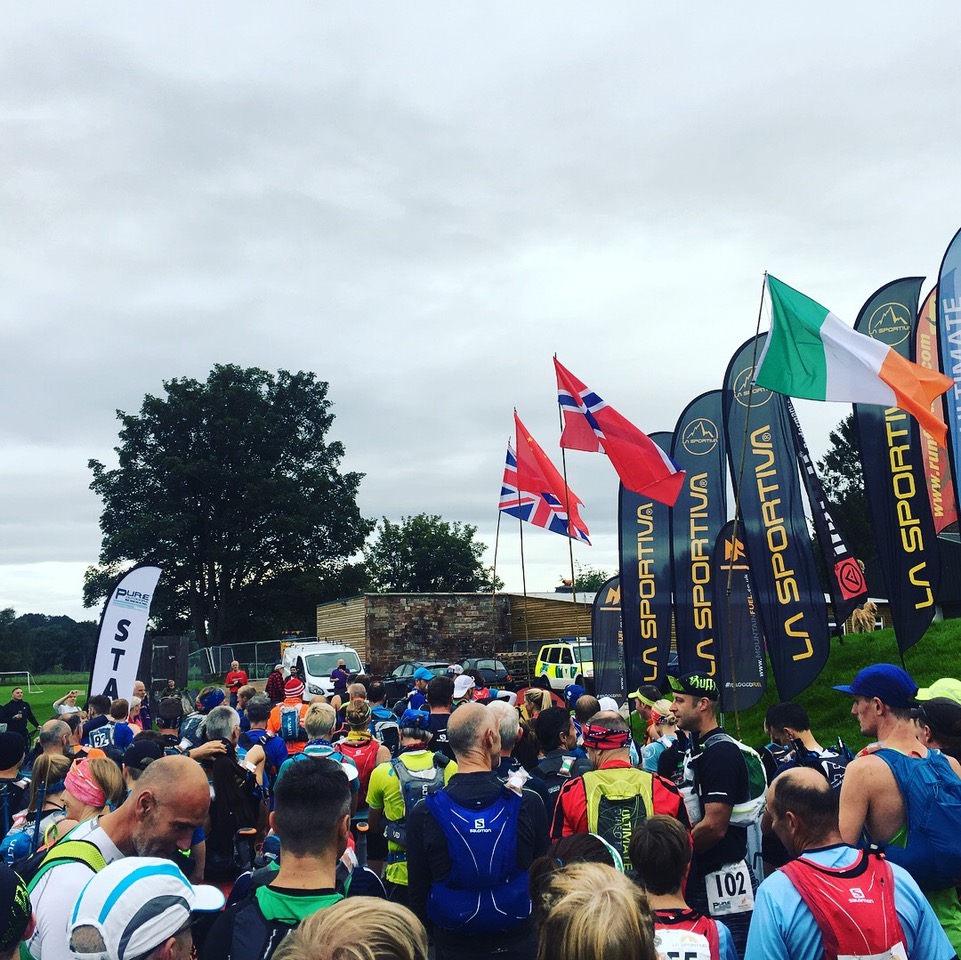 The first 7 miles to the first CP followed the banks of the River Caldew through flat rural farmland with nice views of the high fells in the distance. The nature of the trails meant it was tempting to head off way too fast so I deliberately held back and started to try and get the food down.  Reached the first CP at Caldbeck Parish Hall in a relaxed 1hr 24 in 48th overall. 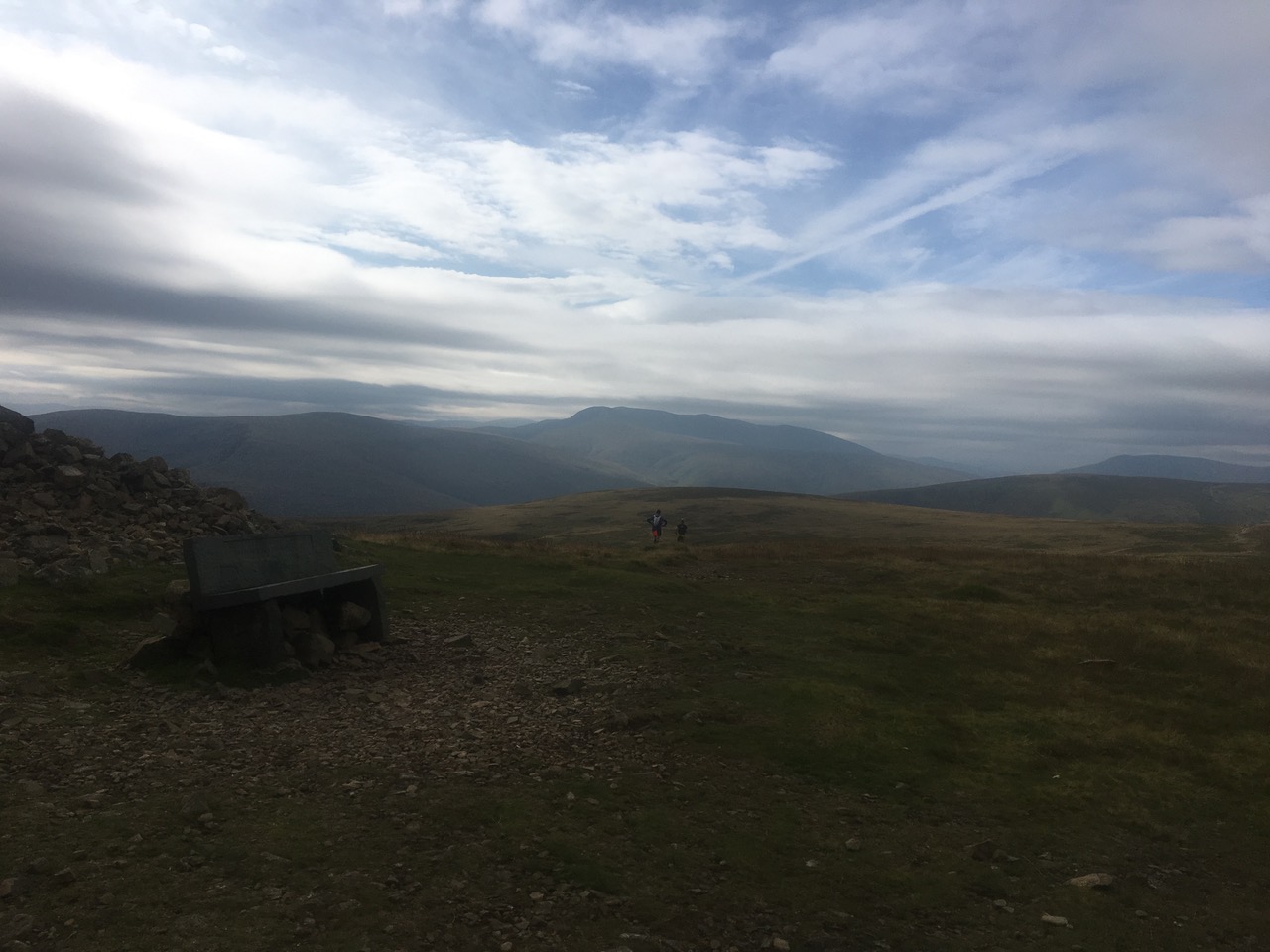 I knew the climb up High Pike from Caldbeck having run Lakes in a Day Ultra last year, so was happy walking most of it (poles coming in handy). I managed to take quite a few places on the ascent and over the top (a fairly rugged and muddy descent down to Mosedale. The route then followed the Cumbria Way, mainly hard packed trail and gently undulating, to Skiddaw House Youth Hostel (550m altitude, 5km from the nearest road so only accessible on foot – must stay here sometime…). 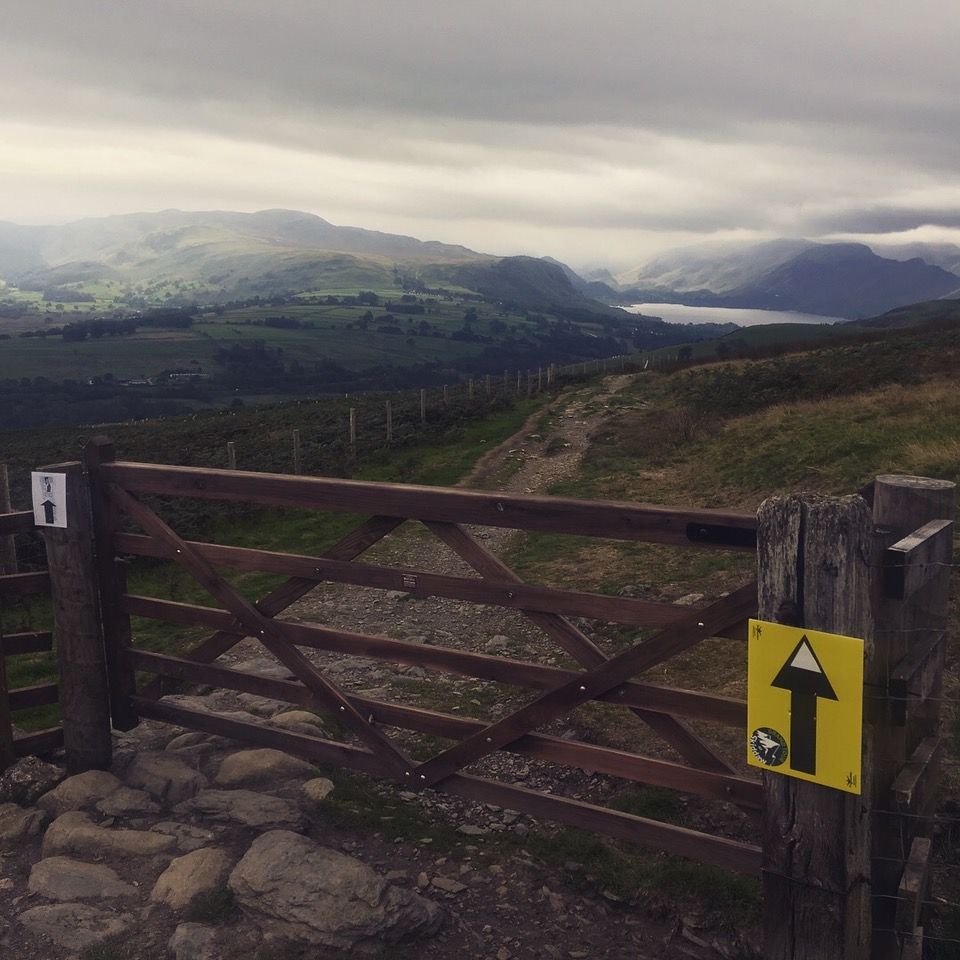 From here, a small climb then traversed round the fell-side to give fantastic views of Derwent Water and the Borrowdale valley in between the clouds. A final descent down to an makeshift gazebo and CP2 – 2hr 30 for the leg and now up to 30th

One cheese and onion pasty stuffed down and a big handful of jelly beans taken for the road – the route then straight up the path (main motorway up from Keswick) to the summit of Skiddaw (936 metres). Again, stomped the whole way up with poles and made a conscious effort to keep eating and drinking on the way up but was definitely starting to struggle to get the sugary gels/drinks down by now.

The clag was down on the top so visibility was down to about 5-10 metres (weather to this point had been pretty good). A quick ring of the school bell which had been left by the marshalls on the summit trig and then a steep scree descent before a beautiful runnable ridge down to Bassenthwaite. Although I was struggling to eat gels a bit by now, I was still steadily overtaking people and the legs were feeling good. Leg took 1hr 56 and up to 26th by CP4.

Probably the toughest leg of the lot as was feeling pretty empty after the climb and descent of Skiddaw – anything sugary was not sitting well at all and despite the drizzle which had set in by this point, I was finding myself overheating and feeling queasy after trying to drink even the smallest sip of water. Had to resort to alternating run/walk sections and lost a lot of places on what should have been a mostly runnable section. Eventually glad to get back down off the fells back to Caldbeck Parish Hall and CP5 2hrs and 4 later and now back down to 33rd overall.

After getting down as much down as possible  (mainly salted nuts, flat coke) at the feed station provided something of a second wind (as far as is possible after 60km), it was just a question of retracing steps back to the start. I still wasn’t moving that quickly and lost a few more places on the final leg, but was happy to reach the finish in a total of 9 hours 53 minutes – 33rd male and 41st overall, a good two hours quicker than I had hoped for at the start of the day. 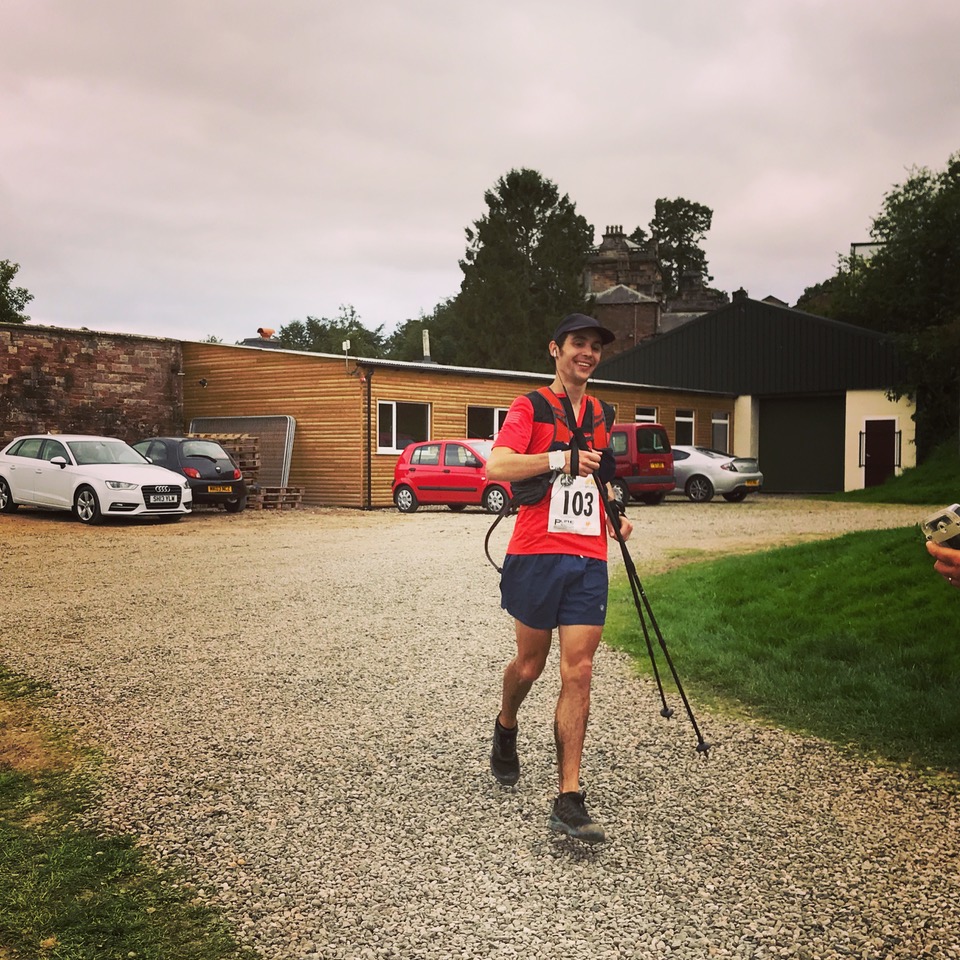 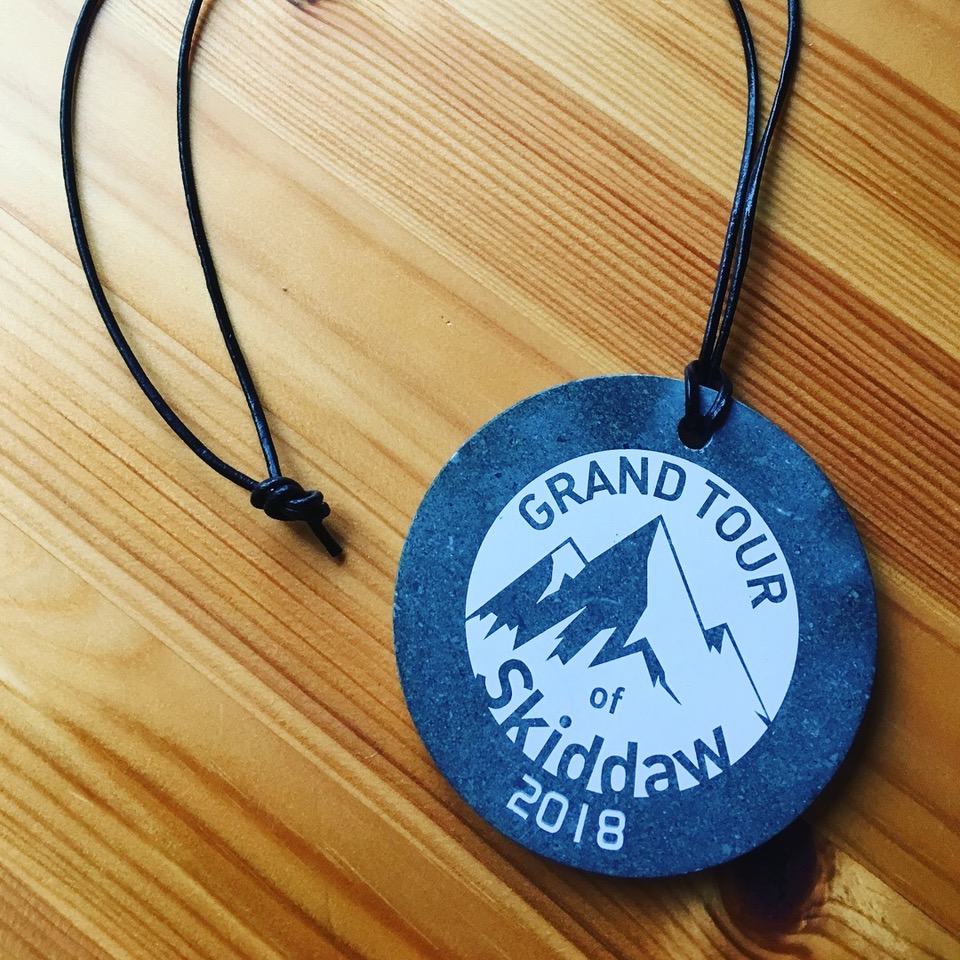