The course itself was very well marshalled and had no less than five water stations, which were extremely popular today as it was a bit warm for those of us pottering along at a civilised pace.

You don’t just run across the magnificent bridge twice – you also have a fairly brief look around Hessle and then venture into the normally peaceful Barton upon Humber.  It was a lot less peaceful this morning as a good number of folks turned out to cheer we runners on; lots of cheering and such (possibly at the prospect of the roads being opened again!).

As usual, everyone was lulled into a false sense of security by the long and flat-ish Far Ings Road, but reality dawned at the sharp left turn UP Gravel Pit Road; the folks I was running with elected to groan, stop and stare or just put their heads down in prospect at the climb.  Still it was all over shortly after that – well barring the climb up to the bridge and re-learning the inevitable lesson that suspension bridges aren’t flat either….

The results show that 2 Striders finished the course; if you aren’t listed below please get in touch and you’ll be added.  Great run, Shaun! 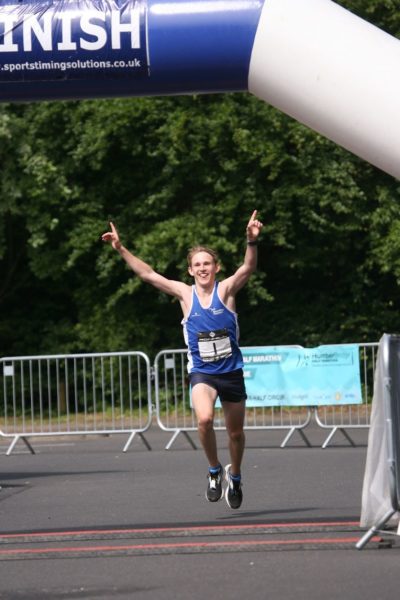