Six Striders set out on this large-scale city race, suffering various degrees of agony and ecstasy.

Is the journey from bliss to pain required to get that PB? Judge the facial expressions for yourself. 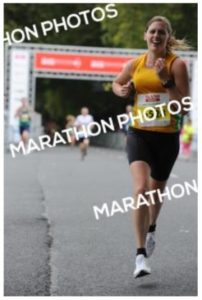 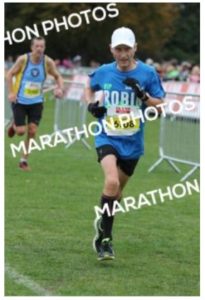 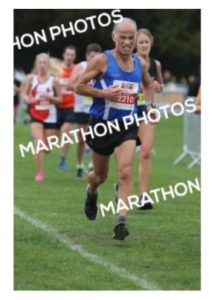 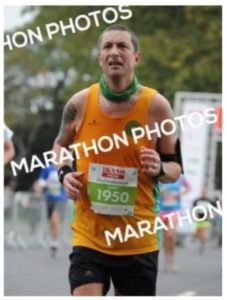 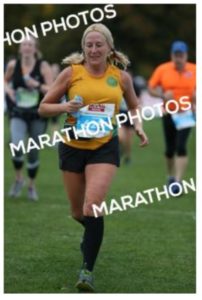 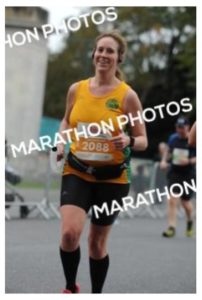 Tud Jackson was after a 1 hour 30 something, which he comfortably managed (1:33).

I was running as marathon training, supposedly pacing myself for 1: 45 to 1: 50, and then Yorkshire marathon in a fortnight at 3:35. I should be delighted with 1 hour 38 minutes but I’m not – too fast at this stage and poor preparation, I fear.

Dawn Jackson appears, like newbie Strider Jackie, to have been there to actually enjoy herself!

All in all, then, highly satisfying and successful.

Local Club, ‘Notts Women Runners’, were out and about in vast numbers, both as runners and as support. They staffed a number of cheering points around the course, with signs, pom-poms, sweets, music, hooters and clapping. On Castle Boulevard, at Mile 11, they were massed together, narrowing the roadway into a funnel. Journey, ‘Don’t Stop Believin’’, was blasting out, and there is only one way to properly join in. Anyone who has ever been to ROAR (or my eldest’s 21st birthday) will know what happened next…

I peeled off my vest and twirled it over my head and sang along to the song. Do it with me now …

Strangers waiting, Up and down the boulevard
Their shadows searching in the night
Streetlights, people
Living just to find emotion, Hiding somewhere in the night

Don’t stop believin’
Hold on to the feelin’
Streetlights, people

Putting that sodden vest back on was not pleasant, and officially I cannot recommend this action to anyone as it runs the risk of disqualification and falling over. It was fun and I raised a cheer.

The results online are presented in the new-fangled big race style where you can find any result if you know name or number, but can’t just get a list. Anyway they are here:

There were about 8,600 finishers from what I can work out.