A spring marathon planned so plan ahead for a race to check progress and have a break from the monotony of twenty milers up and down the TPT to Chesterfield and back. Having run the Stamford 30k for the last two years it would have been good to go there again but it was already full in November, before the spring race target had even been planned let alone prepare the training schedule. So, entered a race in Bramley, except it turns out that the race is organised by Reading Roadrunners and is near Basingstoke and is not in Leeds. Oh well, can take the missus down to see her mum and can watch Dartford play on the Saturday.

It would have been so much easier to stay at home and simply run up and down the TPT for twenty miles. My son says I take my sport far too seriously for somebody of my standard. Perhaps he’s right.

So, what’s the race like? Parking was an adventure being on an Army Camp. Archaeology isn’t just a pile of rubble, it’s also relatively recent history. Bramley Camp was first established as an ammunition depot in WWI and continued in use through WWII and the site is still a training camp. The road into the site crosses five  sets of (now disused) railway tracks. This place was massive. Parking was an extra £2.00 to offset increasing MOD charges so only 50p if you can fill the car up. 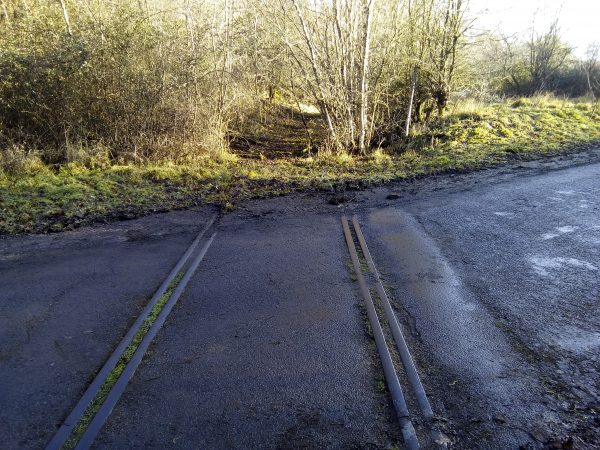 Road to nowhere. Nature soon reclaims its own.

The walk to the start is advertised as 10 minutes. Race HQ is Bramley Primary School and I got changed in Mr Taylor’s Y6 Draco Class. There’s a most apt poster on the wall which talks about self-esteem and how to meet challenges. Long queues for the loos but the urinal for the Gents is virtually empty despite the copious notices about urinating on school grounds. The signs don’t say anything about throwing up on school grounds after the race.

The course is a two lapper so no need to warm up on the course and the race also incorporates a ten mile version which is fair enough. Some heart is drawn from the notion that I’m one of the hard ones doing the real thing. Feedback for race organisers all over the world – when you have two distances in the same race, give one, or both, sets an extra marker to pin on their back. It saves all sorts of grief for those competing in the longer event as the whacky races begin at the end of the first lap.

Basingstoke and Reading may be one big housing estate but this is Hampshire and the course is very rural. Luckily, high hawthorn hedges protected us from the viscous westerly gales. The snowdrops looked pretty. It had rained heavily the night before with lots of water and detritus on the course. Roads aren’t closed but it’s mainly quiet lanes but another bit of feedback: don’t put the feed station on the right hand side of the road when you want athletes to keep to the left. The course isn’t flat but it’s fair, it was the wind that caused the most distress.

No t-shirt but well stocked goody bag with medal, snood type thingy and lots of other bits and pieces. You run the race for the time not the added extras. Marshals everywhere who were both supportive and attentive on what was for them, a long cold day. 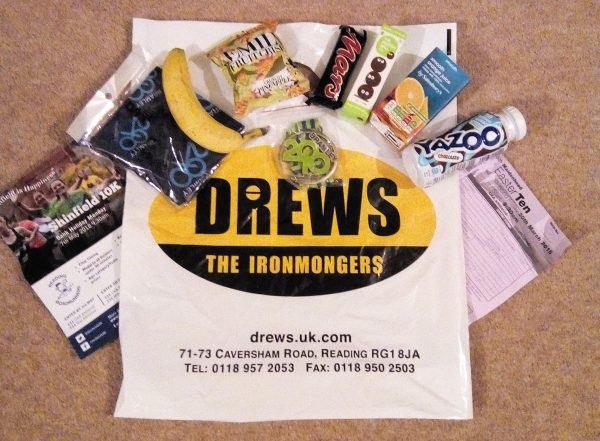 The walk back to the car was as long as the drive back to a snowy Sheffield. And Dartford lost to bogey team Chelmsford City too just to sum up the weekend. 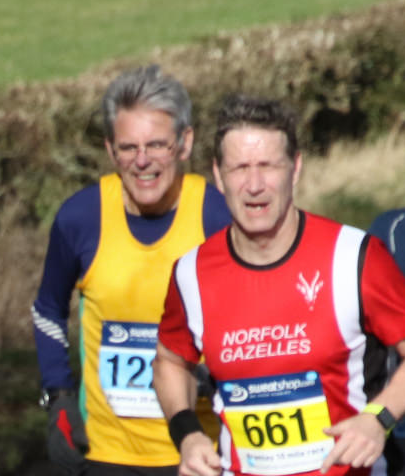 Helly Hansen the order of the day. That chap form Norfolk is a long way from home.