The Isle of Wight Challenge is an annual event around the coastline of the island. Various distances are offered, either half or the full island, walking or running, over a single day or over two days. I opted to run the full-island 2-day challenge, a total distance of 106km.

Day 1 saw 2000 walkers/runners at the start line in Chale- south of the island, undertaking staggered starts, setting off in a clockwise direction, to complete the first 32 mile section,

The spectacular views around the south coast offered a slight distraction from the many hills and steep inclines that had to be endured.  Attention was needed around the cliff edges due to coastal erosion, making overtaking impossible at times from the many walkers already on route.  A short respite from the hills saw me heading towards Yarmouth, where the terrain became much flatter. The change in scenery allowed glimpses of the Marina.  It also saw the weather turning much hotter. 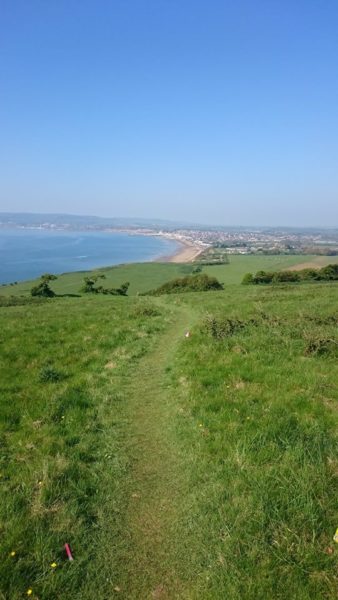 Due to previous wet weather the route took me through what can only be described as 3 miles of marsh land. Trying to avoid the thick mud just resulted in becoming scratched by the surrounding nettles.  Luckily not far from here was the next checkpoint.  These were spaced approx 8/9 mile apart and were a welcoming site. After being scanned in for timing purposes, the rest stops were well stocked with a chance to refuel, re-hydrate and nip to the loo. The last stage of the day was to head to Cowes (north of the island).  Down to the sea front and a run along the promenade took you into the centre of Cowes where the finish line was waiting for me.

The start at Cowes on Day 2 strangely included a very short boat ride (locally named as the Floating Bridge) followed by approximately nine miles of road running to Ryde.  Familiar territory for me and comfortable as the 6am start did mean the conditions were a little cooler. The east coast was a mixture of beaches, promenade and lots of trails. The day had warmed considerably, so running in the shade was a welcome respite from the blistering sun.  But this was to be short lived – Sandown and Shanklin were very open and the contours of the coast made it a heat trap. 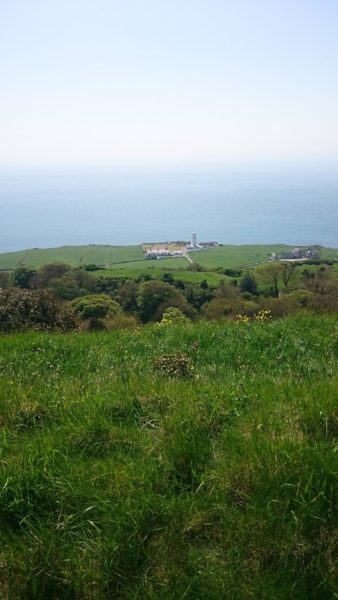 Following this – if you like steps this section of the course is for you; at one point I counted 155 in one go. Thigh burn stepped in and I found it painful at times to go down steps.  Passing the walkers at this stage of the challenge was strangely welcome and bizarre, and it was nice to be spurred on.  Very unsure at how they could have walked for 24hrs solid and were still going!   Having reached the 85-90K point my attention just became focused on looking for the pink direction markers. There were no marshals.  My brain was on high alert telling me not to miss the route markers. I had previously missed these on occasion resulting in some back tracking.  After the final rest stop only the last 10k was left – but it seemed much further! Fatigue began to kick in and the end seemed to take forever to reach. The finish line at mile 34 was a very welcome sight.

I had hoped for 6hr and 7hr targets. I missed these by 18 mins the first day and 4 mins the second day! I initially felt disappointed.  But when rationale kicked I recognised the result is excellent especially given the conditions. And a coastal multi terrain run is so different to road running.

Overall approximately 30% participants dropped out of the race. In the category I entered 167 completed and 98 DNF.

The winner of the 2-day full island race was Anders Glette in a total 12:38:22. and the first lady finisher was me!

Finding out that I finished 1st female and 3rd overall in the 2 day category – is icing on the cake! I also managed to raise over £700 for the Alzheimer’s Society. 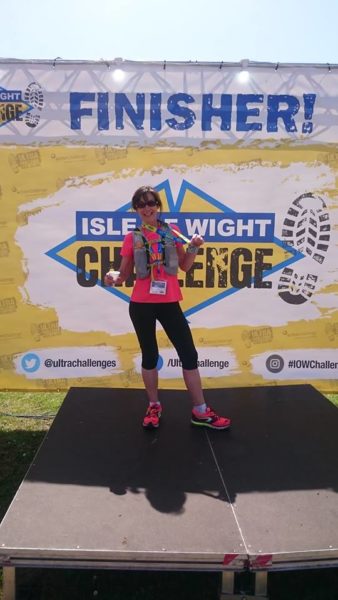 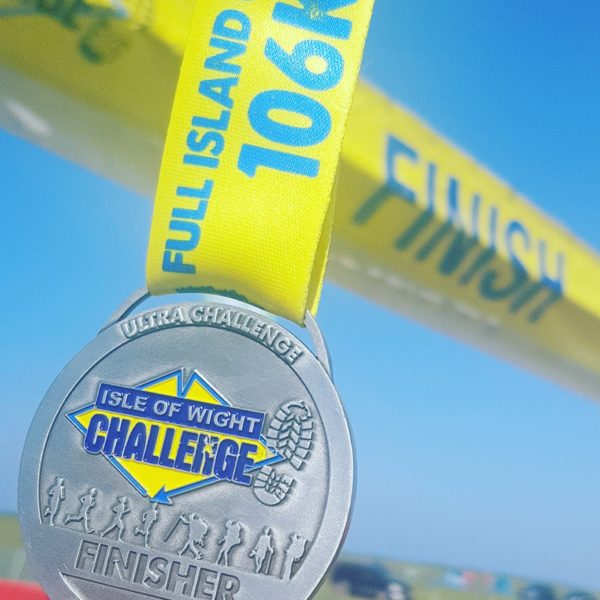