A race that has seen many Striders participate in the past was, for one reason or other, poorly attended by us this year. In fact, lone Strider Dave Parry was left to fly the Striders flag with year.

Kinder Downfall is one of fell running’s flagship events and features 600m of ascent in its 9.6 miles. It is the shortest of the very few Peak District fell races that get a three star excitement rating in Andy Buck’s fell racing introduction – https://www.steelcitystriders.co.uk/fell-introduction/ – what greater recommendation could you need? It attracted a record number of thirteen striders this year.

Sadly, this attendance was not repeated this year. 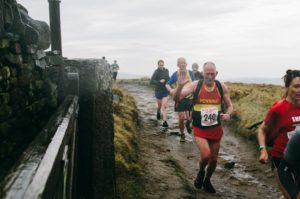