Usually held in December, the 2017 Christmas Cracker was postponed due to the forecast of heavy snow. So a weekend in February meant a late Christmas celebration, including the traditional Christmas tree on top of the trig (which had been kept alive since the original race date), mince pies and mulled wine after the race!

With the weather being kinder than recent weeks we eagerly gathered in to the pen ready to start. There was talk of lots of mud on the course but the river at about half way was not overflowing this year, which is a shame as I was looking forward to running through it! The race begins with a fairly steep road climb, racing to get to the top to run back down through a field to a small gate. The rest of the course is a mix of terrain and makes for a really fun route, with ups and downs and nice sections of flat to stretch your legs a bit, totalling around 7 miles. The part of the course we all look forward to the most is the climb up to the trig, with much discussion post race this year about the best route to take; steep and short or longer and a more steady (but still steep!) climb. May have to be a recce at some point to decide for future races!

First male was Billy Cartwright, Matlock AC, finishing in 00:50:15. First female, and leading from the start, was Lauren McNeil of Buxton AC, also breaking the old women’s course record in a time of 56:19. With two 18 year old’s in the top 3 women it’s looking good for Buxton AC’s young runners.

Some great Striders results with Alison Barrett first vet 40 female, and Paul Stuart 2nd vet 50 male. Caroline Brock came home 2nd female, winning a hamper of jam! Fell races are great for the prizes and this has to be one of the best with prizes like boxes of veg for the overall winners, wrapped presents, homemade cakes etc. and prizes being given out for almost anything and for some just being cheeky enough to ask! 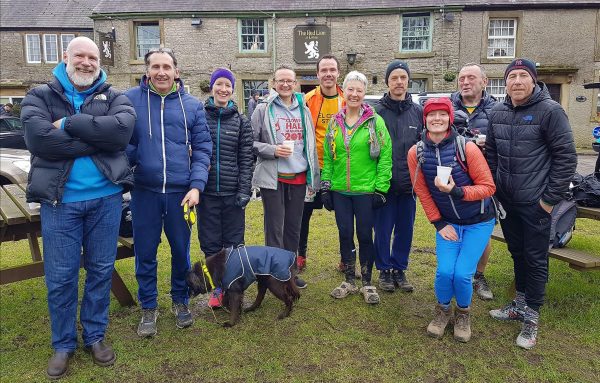 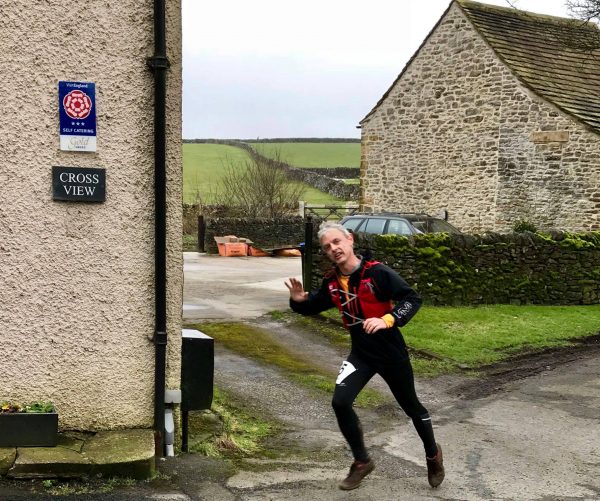 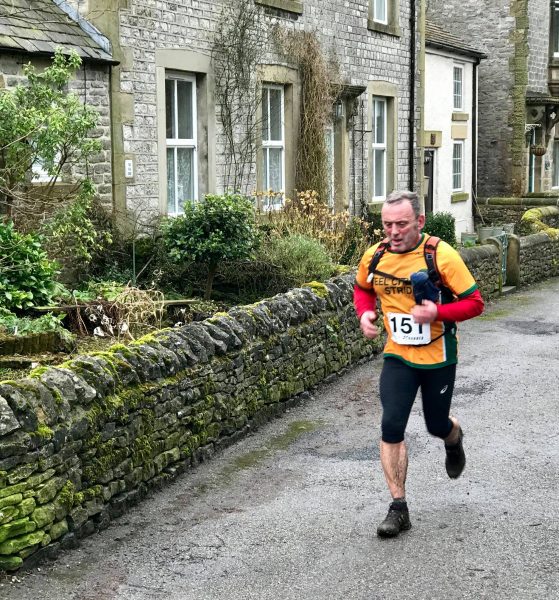