This year’s OMM (Original Mountain Marathon) was held in the Black Mountains, a compact group of hills no more than 20km by 15km found to the east of the Brecon Beacons in South Wales. They are formed of four ridges running roughly north – south, the eastern one of which is the Offa’s Dyke path along the Welsh – English border. The event centre was near Llanthony in the Vale of Ewyas.

David Parry and I entered the medium score class, six hours on day one and five on day two. Day one offered a choice of 30 controls, with points values of 10 to 50, to end at the mid way camp. The day began sunny if cold. We made good progress, the navigation made reasonably easy by the clear conditions. All suddenly changed when, after eight controls and about three hours, we were encased in a northerly blizzard, which fortunately abated after about 30 minutes. Undeterred, we visited another four controls and reached the camp with 37 minutes to spare. It was bitterly cold, so there was little option but to try to keep warm in our tent. As the afternoon proceeded, it became clear that were well placed, 44th overall and fifth vets.

The night was, to put it mildly, pretty excruciating – cold, windy, very long (complete with the extra hour in bed as BST ended) and not helped by a punctured sleeping mat. It passed – but very slowly.

Day two dawned windy but bright, and soon was cloudless. We had 25 controls to choose from. As it turned out, we made a poor choice of first control, although we weren’t helped by the farmer whose advice when asked how to reach the open country on the mountain across his farm was to “buy it”. We retreated and took well over an hour to acquire our first 20 points of the day. At the finish we had slipped down the field to 67th of 241 teams, and a further 7 that did not finish, and 14th of 69 in the vets competition, with 3 DNFs.

797 teams competed the seven classes, with a further 92 teams not finishing.

The full results can be found here. 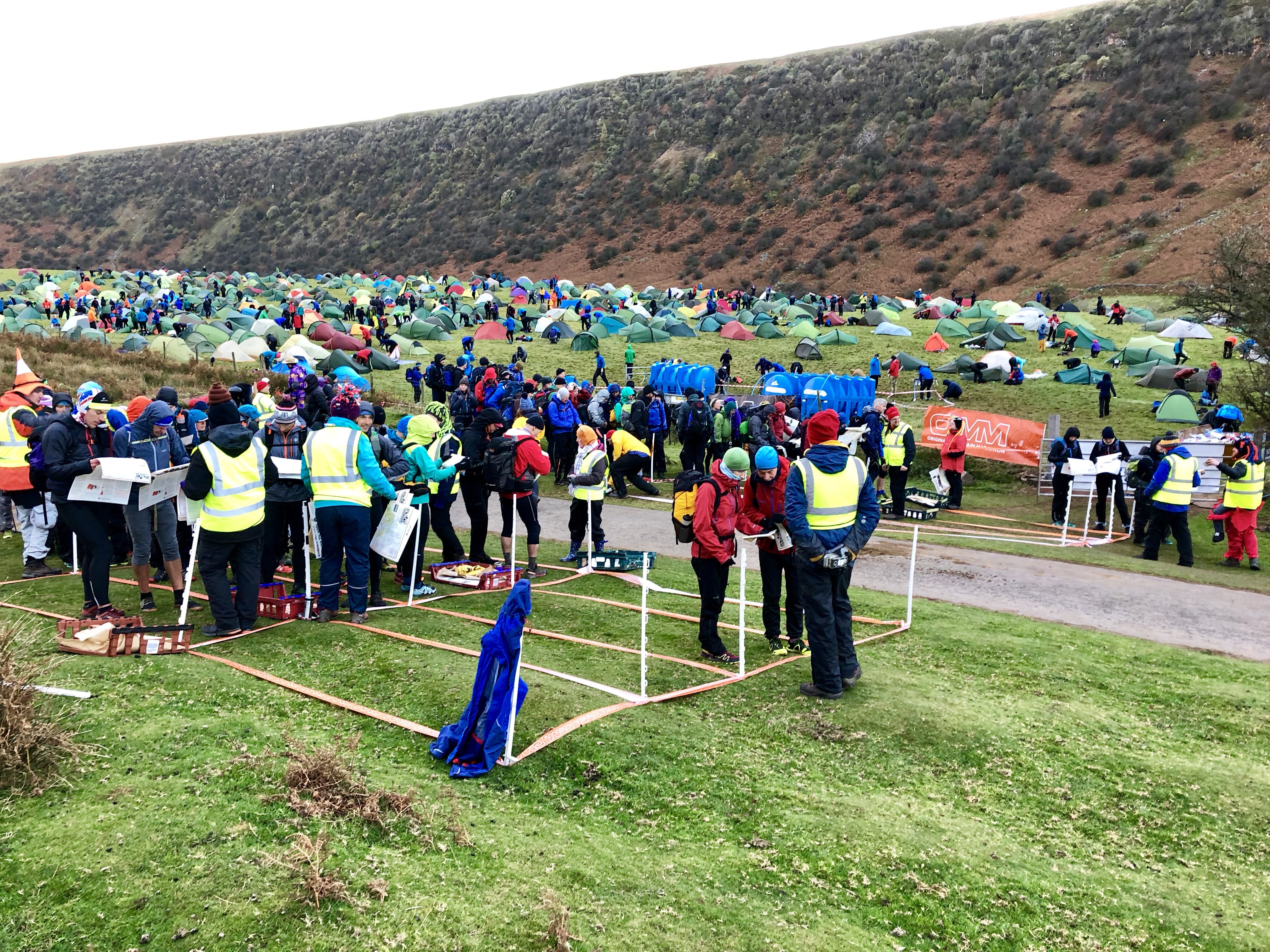 The start line for day two of the OMM, at the mid way camp.