In its fourth year and going from strength to strength, 2018’s Run Norwich 10k was the largest yet in terms of participants. The inaugural event in 2015 attracted 3,000 runners, a number which has grown each year, with 2018’s edition attracting over 5,500.

The race is an incredibly professional set-up, and the course is delightful, winding through the streets of one of the most beautiful cities in the country.  Many of the city’s major landmarks are taken in: the 11th century castle is passed three times, the 12th century Anglican cathedral features in the 8th kilometre, and the 20th century footballing cathedral at Carrow Road is deftly circuited just before the half way mark.

The atmosphere around the course is incredible, with the good folk of Norwich packing the streets to cheer runners on.  The race’s largest charitable partnership is with the Norwich City Community Sports Foundation who pack the crowds with yellow-clad supporters, and also fill the race with yellow-t-shirted runners. It makes for a loud and colourful experience.

I was born and brought up in Norwich, and am an enthusiastic evangelist for the city’s charms, but don’t take just my word for it; Loz Harvey was on holiday in nearby Cromer, and took the short journey down from the coast for the race: “One of the most professional races I’ve done – from the exemplary race centre set up in The Forum to the pre-race athletes’ magazine and the mega yellow branding and vuvuzelas, this is a race that compares with many I’ve experienced in mainland Europe. And the route is no less impressive – right through the city’s cobbled heart, ancient cathedral and beautiful river. Carrow Road is neatly bypassed.”

In something of a heartwarming story, one of the many to finish was Tim Warner, who suffered a cardiac arrest at last year’s event. He crossed the line, with Dale Gedge – the quick-thinking off-duty paramedic who hopped over the barriers near the end of the race to give Tim life-saving CPR. 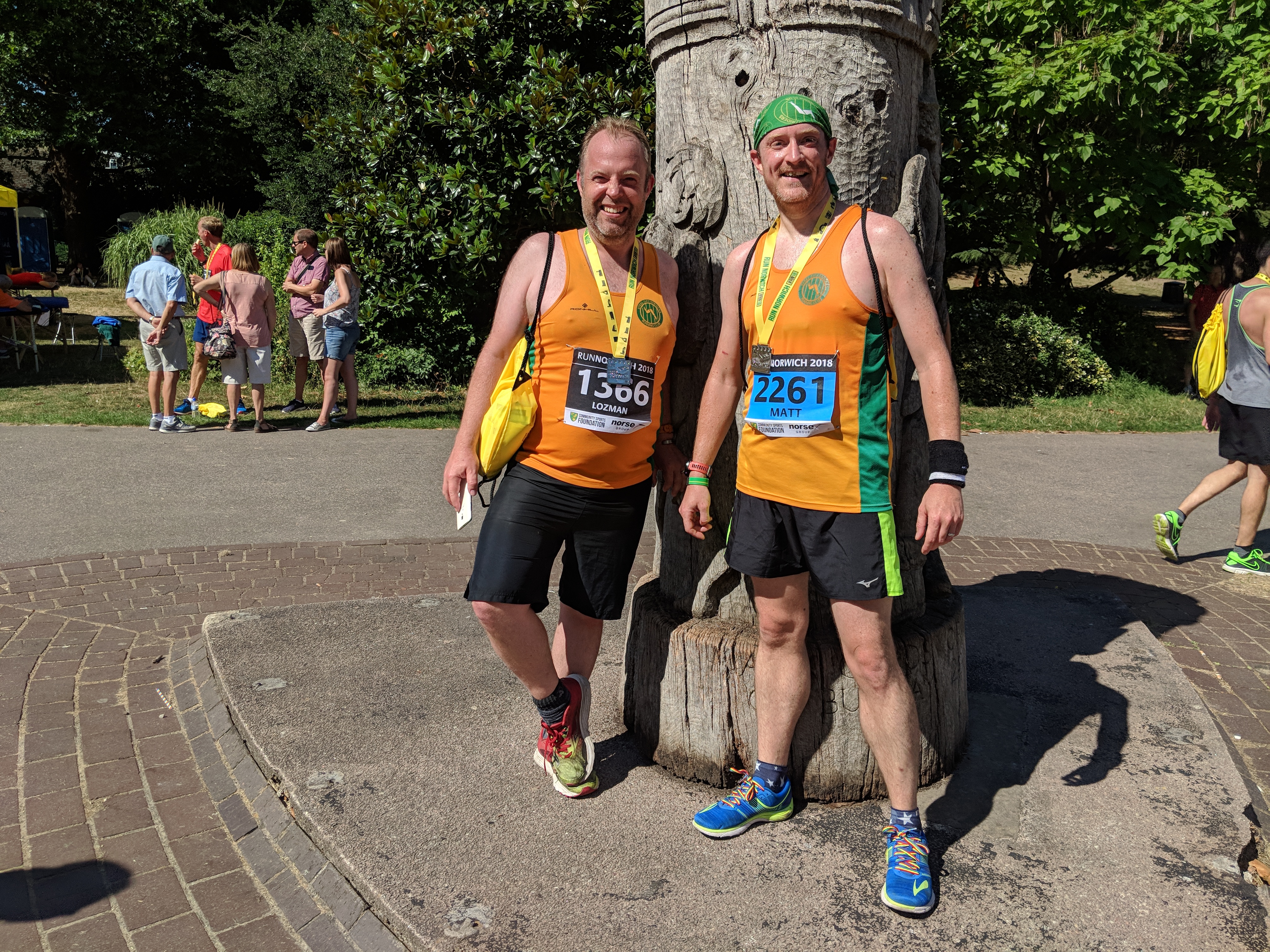 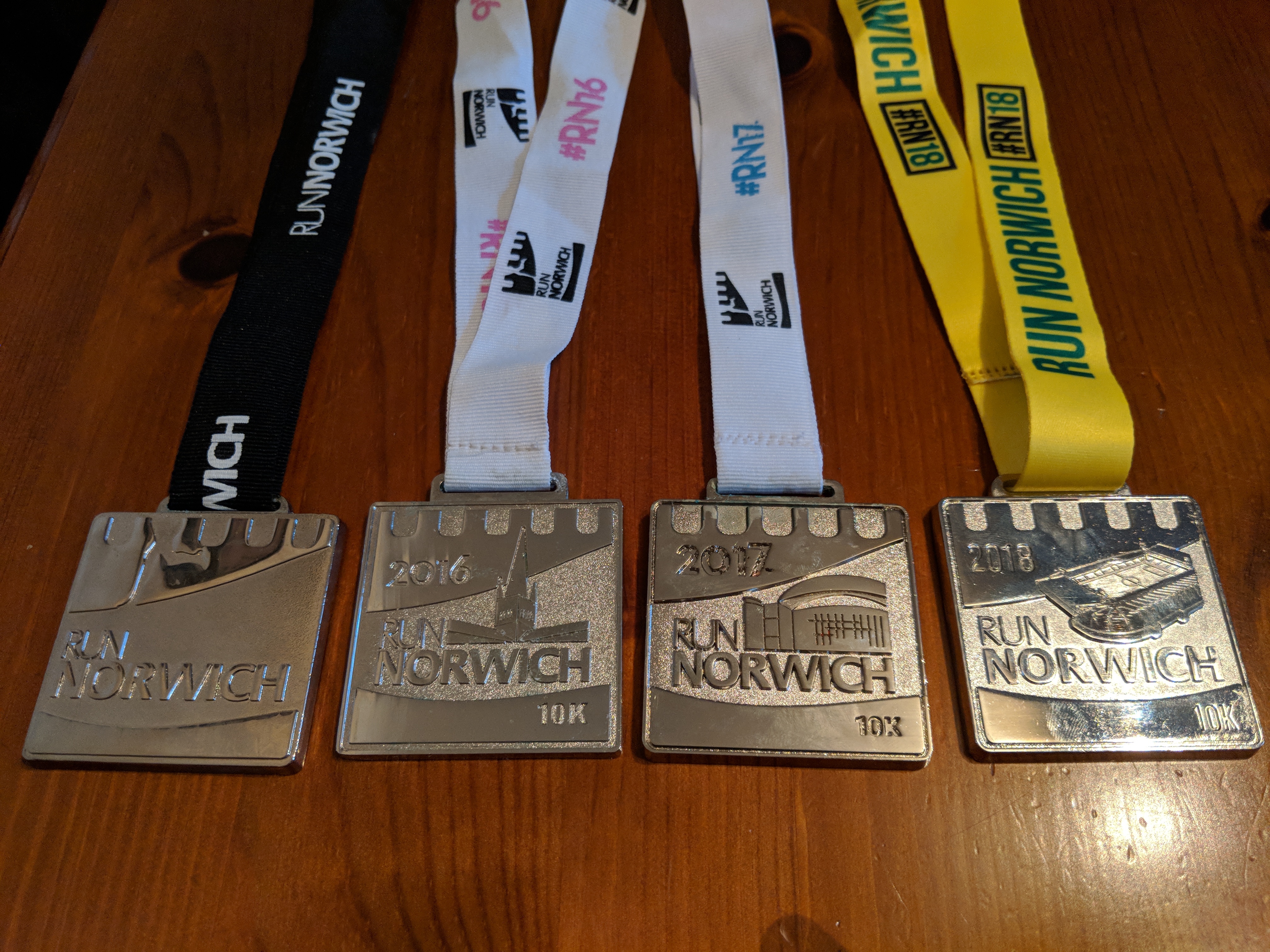